The Milwaukee DPW is taking action as reckless drivers use Gordon Park's trails to avoid a Riverwest construction detour near Humboldt and Locust.

MILWAUKEE - The Milwaukee Department of Public Works is urging drivers to not treat trails at Gordon Park as roads.

As part of Humboldt Avenue's reconstruction, a segment of East Locust Street is closed from Aug. 10 until Sept. 2. However, not everyone is following the detour.

DPW Spokesperson Brian DeNeve said drivers are ignoring and even moving signs and barricades from the path, which was never open to motor vehicles in the first place.

"It’s scary, and it makes me angry," said Mary Claire Mandeville, who frequents the park with her children. She hasn't personally seen cars drive on the paths, but has seen motorbikes speeding through quickly.

Gordon Park's trails are welcome to bicyclists, walkers, dogs and babies – but definitely not cars.

"They don’t care about going around," Charles Revello said. "They’ll turn their lights off, so nobody can see them go through. You don’t know what’s going to happen." 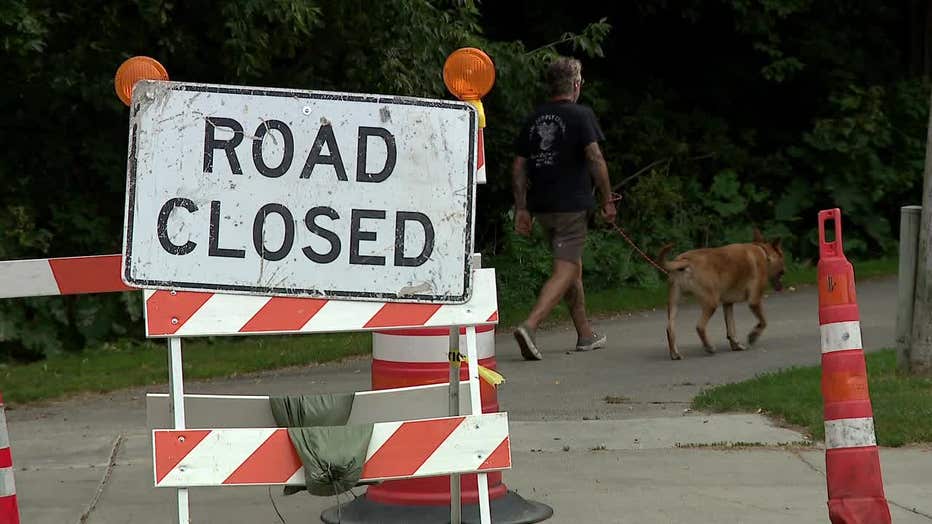 Park-goers told FOX6 News they have recently seen cars use the paths as a road, driving right through the park.

"We’re all having to deal with the same mess. Not one person is more special than the other, so if we could respect each other that would be lovely," Mandeville said. "A lot of little kids around who don’t know better, so it’s pretty frustrating."

DeNeve said the DPW put up barrels and signs knowing this was a possibility "with the way people drive recklessly" and has since added more barricades. 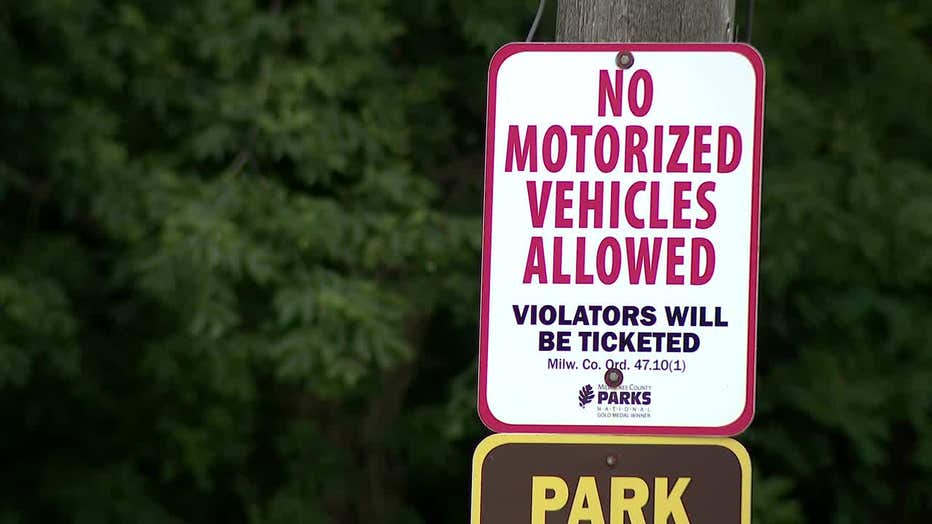 "There’s only so many steps we can take as a city agency to deter people, so we really ask people just don’t do this type of thing," said DeNeve.

No one wants to see a shortcut cut a life short. 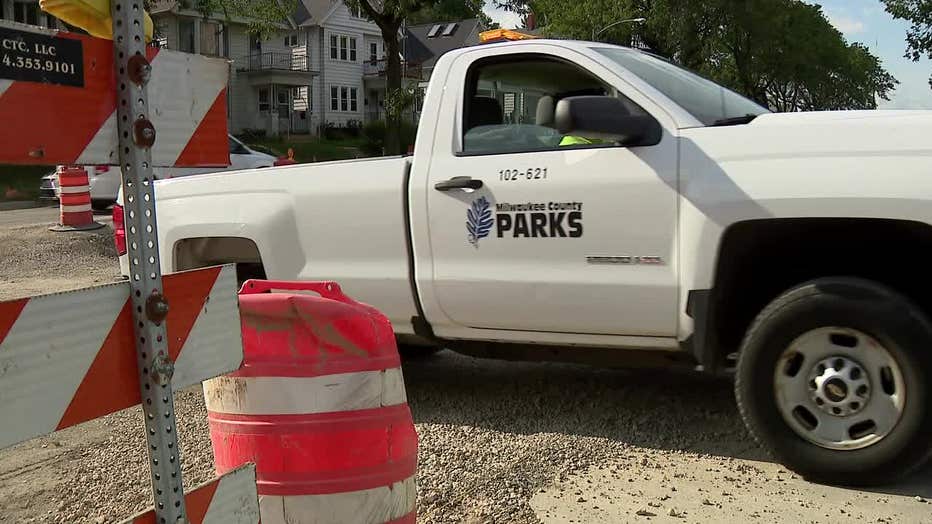 "Nothing’s worth the health and safety of another human being just because you think you’re inconvenienced by having to take a detour," said DeNeve.

By Friday, the DPW said it will add concrete barriers that are more permanent and very difficult to move.

Gordon Park is part of the Milwaukee County Sheriff's Office's jurisdiction. FOX6 reached out to the sheriff's office to see how it is handling the situation, but did not immediately hear back.