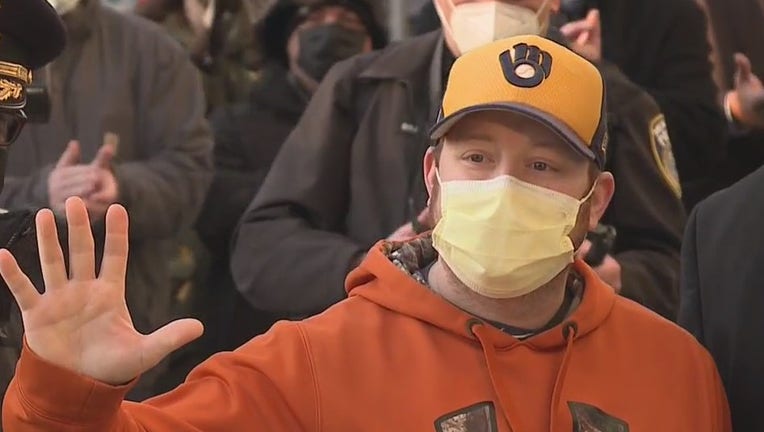 MILWAUKEE - Milwaukee chef Gino Fazzari announced a fundraising campaign in support of Milwaukee Police Detective Andrew Wilkiewicz, who was shot and injured in the Third Ward while off-duty.

On Thursday, Jan. 27, Fazzari will donate 50% of all proceeds from his downtown restaurants Calderone Club and San Giorgio Pizzeria Napoletana, in support of Officer Wilkiewicz. Calderone Club is located at 842 N. Old World Third Street, with San Giorgio Pizzeria Napoletana next door at 838 N. Old World Third Street. Both restaurants will be open Thursday for in-person and takeout dining from 4:30 p.m. – 9:30 p.m..

Wilkiewicz suffered four gunshot wounds and was rushed to the hospital on Jan. 13 where he underwent emergency surgery. He was shot while trying to stop a robbery at the Shake Shack near Water and Buffalo.

Court documents detailed the incident, which unfolded in seven minutes. Prosecutors said a woman working as a delivery driver pulled up outside Shake Shack when 19-year-old Kaeshawn Ellis-Brown tried to steal her car. He stopped, after seeing three kids in the backseat.

The Milwaukee Police Department is asking for the public's help in locating a critical missing 16year-old Anthony Sierra.