A Baltimore judge on Monday ordered the release of Adnan Syed after overturning Syed’s conviction for the 1999 murder of Hae Min Lee — a case that was chronicled in the hit podcast "Serial."

BALTIMORE - A Baltimore judge on Monday ordered the release of Adnan Syed after overturning Syed’s conviction for the 1999 murder of Hae Min Lee — a case that was chronicled in the hit podcast "Serial."

Adnan Syed walks out of a Baltimore courthouse after a request to vacate his 2000 murder conviction of his ex-girlfriend Hae Min Lee was granted by a judge. Syed has spent more than two decades behind bars and his case was chronicled in the hit podcast "Serial."

At the behest of prosecutors, Circuit Court Judge Melissa Phinn ordered that Syed’s conviction be vacated as she approved the release of the now-41-year-old who has spent more than two decades behind bars.

Phinn ruled that the state violated its legal obligation to share evidence that could have bolstered Syed’s defense. She ordered Syed to be placed on home detention with GPS location monitoring. The judge also said the state must decide whether to seek a new trial date or dismiss the case within 30 days.

State's attorney for Baltimore Marilyn Mosby speaks outside the courthouse after a request to vacate the 2000 murder conviction of Adnan Syed was granted by a judge Monday afternoon.

Syed has always maintained his innocence. His case captured the attention of millions in 2014 when the debut season of "Serial" focused on Lee’s killing and raised doubts about some of the evidence prosecutors had used, inspiring countless dinner table debates about Syed’s innocence or guilt.

Last week, prosecutors filed a motion saying that a lengthy investigation conducted with the defense had uncovered new evidence that could undermine the 2000 conviction of Syed, Lee’s ex-boyfriend.

The development comes after Baltimore prosecutors filed a motion Wednesday saying a lengthy investigation conducted with the defense had uncovered new evidence that could undermine the conviction of Syed.

Baltimore prosecutors have asked a judge to vacate Adnan Syed's conviction for a 1999 murder that was chronicled in the hit podcast "Serial."

"I understand how difficult this is, but we need to make sure we hold the correct person accountable," assistant state’s attorney Becky Feldman told the judge as she described various details from the case that undermine the decades-old conviction, including flawed cellphone data, unreliable witness testimony and and a potentially biased detective.

Syed was serving a life sentence after he was convicted of strangling 18-year-old Lee, whose body was found buried in a Baltimore park. 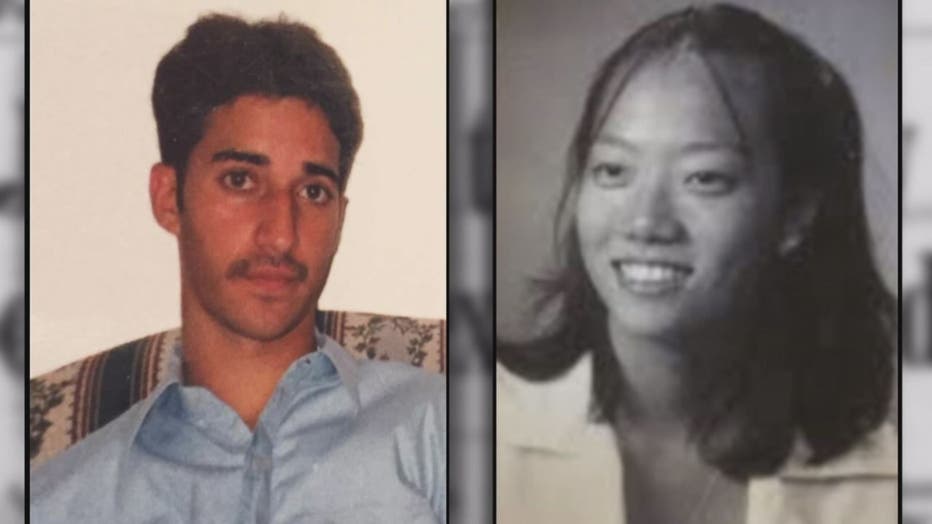 The investigation "revealed undisclosed and newly-developed information regarding two alternative suspects, as well as unreliable cell phone tower data," State’s Attorney Marilyn Mosby’s office said in a news release last week. The suspects were known persons at the time of the original investigation, but weren’t properly ruled out nor disclosed to the defense, said prosecutors, who declined to release information about the suspects, due to the ongoing investigation.

Prosecutors said they weren’t asserting that Syed is innocent, but they lacked confidence "in the integrity of the conviction" and recommended he be released on his own recognizance or bail. The state’s attorney’s office had said if the motion were granted it would effectively put Syed in a new trial status, vacating his convictions, while the case remained active.

Syed was led into the crowded courtroom in handcuffs Monday. Wearing a white shirt with a tie, he sat next to his attorney. His mother and other family representatives were in the room, as was Mosby.

In 2016, a lower court ordered a retrial for Syed on grounds that his attorney, Cristina Gutierrez, who died in 2004, didn’t contact an alibi witness and provided ineffective counsel.

But after a series of appeals, Maryland’s highest court in 2019 denied a new trial in a 4-3 opinion. The Court of Appeals agreed with a lower court that Syed’s legal counsel was deficient in failing to investigate an alibi witness, but it disagreed that the deficiency prejudiced the case. The court said Syed waived his ineffective counsel claim.

The U.S. Supreme Court declined to review Syed’s case in 2019.

The true-crime series was the brainchild of longtime radio producer and former Baltimore Sun reporter Sarah Koenig, who spent more than a year digging into Syed’s case and reporting her findings in almost real-time in hour-long segments. The 12-episode podcast won a Peabody Award and was transformative in popularizing podcasts for a wide audience.

Maryland Attorney General Brian E. Frosh issued the following statement following a press conference by Baltimore State’s Attorney Marilyn Mosby: "Among the other serious problems with the motion to vacate, the allegations related to Brady violations are incorrect.

"Neither State’s Attorney Mosby nor anyone from her office bothered to consult with either the Assistant State’s Attorney who prosecuted the case or with anyone in my office regarding these alleged violations.  The file in this case was made available on several occasions to the defense."

In a statement to FOX 5, Steven J. Kelly, the attorney for Hae Min Lee's family said:

"For more than 20 years, the Baltimore City State’s Attorney’s office has told the family of Hae Min Lee that their beloved daughter and sister was murdered by Adnan Syed. One week ago, for the first time, the family was informed that, through a year-long investigation that is apparently still ongoing, the State had uncovered new facts and would be filing a motion to vacate Mr. Syed’s conviction.

For more than 20 years, no one has wanted to know the truth about who killed Hae Min Lee more than her family.

The Lee family is deeply disappointed that today’s hearing happened so quickly and that they were denied the reasonable notice that would have permitted them to have a meaningful voice in the proceedings.

Sanford Heisler Sharp Partner and Criminal/Sexual Violence Practice Group Co-Chair Steven J. Kelly agreed to represent the Lee family on an emergency basis on Sunday. A motion filed on Monday sought a one-week extension to permit the family to have a meaningful voice in the proceedings.

Based on his own family’s experience when his oldest sister was raped and murdered in 1988, Steve advocated tirelessly for the law that should have protected the rights of the Lee family today, a law requiring that victims, including surviving families, receive reasonable notice of proceedings and the opportunity to be present and heard. For lack of the notice to which they were entitled under the law, the Lee family was today denied that opportunity. 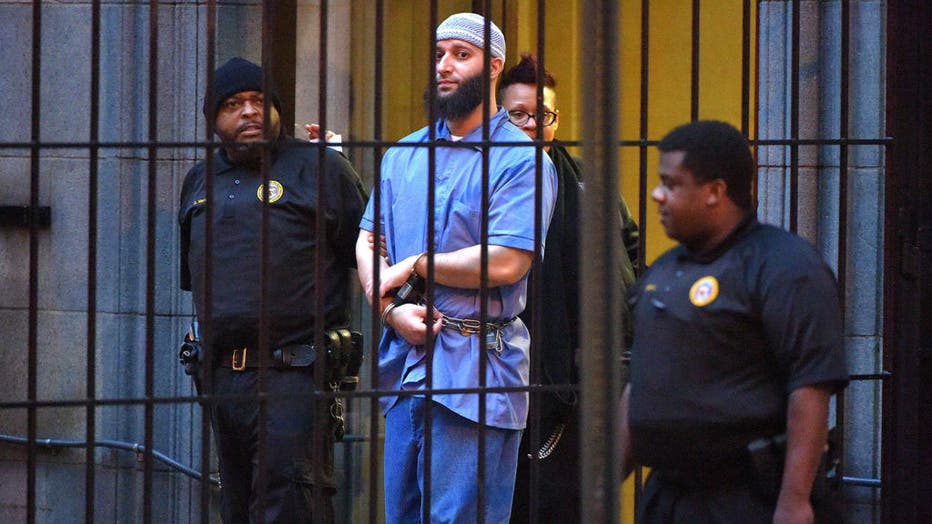 Officials escort "Serial" podcast subject Adnan Syed from the courthouse on Feb. 3, 2016, following the completion of the first day of hearings for a retrial in Baltimore, Md. (Karl Merton Ferron/Baltimore Sun/Tribune News Service via Getty Images)

Read the full motion below: