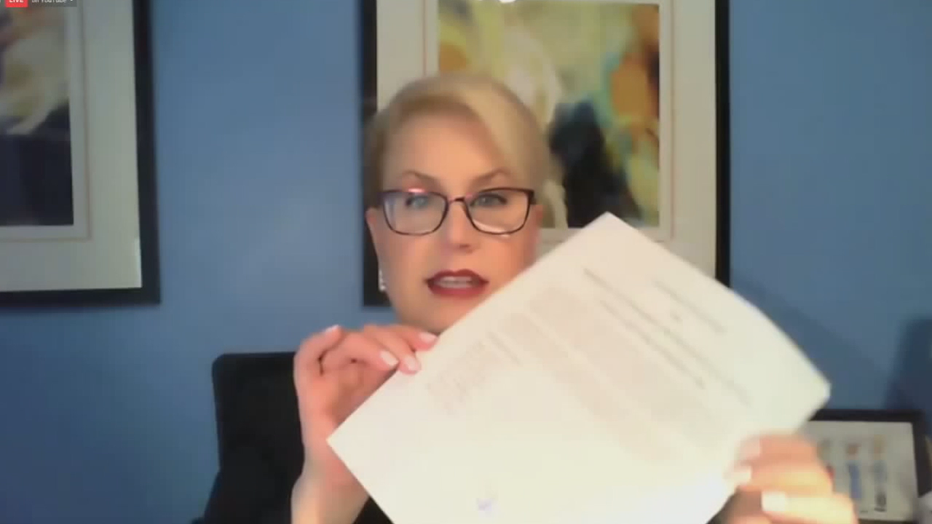 Jacobs defended her action, saying she was following the law and commission precedent. Democratic commissioner Mark Thomsen said Jacobs' actions were no different than what he did in 2016 when he was chair and Trump won the state.

“There isn’t anything that this commission did or the chair did that was unlawful,” Thomsen said.

The debate came shortly after Trump filed a lawsuit challenging Wisconsin's election results and seeking to have more than 221,000 ballots disqualified in liberal Dane and Milwaukee counties, but nowhere else.

Wisconsin law dictates that the chair position should rotate between a Democrat and Republican every two years. It also says the chair “shall publicly canvass the returns and make his or her certifications and determinations.”

Jacobs signed the canvass Monday following the completion of recounts in Dane and Milwaukee counties that Trump paid for. Signing the canvass showing Biden as the winner then triggered a certificate being sent to Democratic Gov. Tony Evers awarding the state's 10 Electoral College votes to Biden. Evers signed it within minutes of receiving it.

The completion of that process started a five-day clock under state law in which Trump could file his lawsuit challenging the election results. He filed the lawsuit less than 24 hours later.

Republicans on the elections commission on Tuesday accused Jacobs of acting illegally, saying she shouldn't have finalized the results until after Trump's lawsuit played out. Republicans also wanted to have a meeting and the chance to discuss the process before the election results were finalized.

Republican commissioners did not comment on the merits of Trump's lawsuit or allege that there were irregularities that warranted holding up the certification of the vote.

Knudson pointed to a section of the law that says for presidential elections, “the commission shall prepare a certificate showing the determination of the results of the canvass” that is then sent to the governor.

“We are the commission,” Knudson said. “I have yet to see what you prepared yesterday. You violated the law in that and it was a pretty clear violation. ... The commission has prepared nothing for the governor’s signature.”

Knudson asked Jacobs to resign, saying Republicans had lost confidence in her.

“If you wanted to create mistrust from one side ... you’ve done it," Knudson said.

Jacobs refused to step down.

Knudson asked the commission to not take any further action on certifying election results, but that failed along a party line 3-3 vote.

Gov. Tony Evers, a Democrat, signed a certificate that completed the process after the canvass report showing Joe Biden as the winner in Wisconsin.