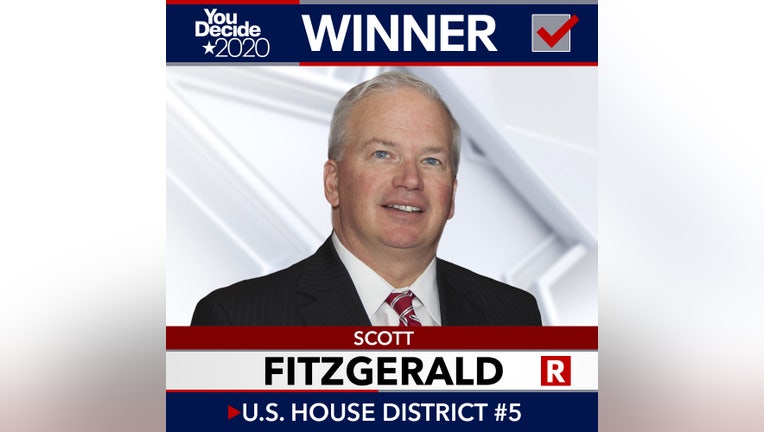 Sensenbrenner, a Republican, has held the U.S. House seat since 2003 and is not seeking re-election. In 2018, Sensenbrenner beat Palzewicz with 62% of the vote.

Fitzgerald ran for Congress for the first time, having served in the Wisconsin State Senate since 1995, where he is the Senate majority leader.

Fitzgerald served 27 years in the Army Reserve, retiring in 2009. During that time, Fitzgerald was first elected to the Wisconsin Senate. In addition to serving as majority leader, Fitzgerald has also served as minority leader and as chairman of the Senate Corrections Committee. According to his campaign website, his priorities include defending the Second Amendment and economic growth.

Previously, Fitzgerald graduated from UW-Oshkosh and purchased and ran the Dodge County Independent News for several years. He sold the publication in 1996.

Wisconsin’s 5th U.S. House District includes Washington and Jefferson counties, as well as most of Dodge and Waukesha counties. A portion of western Milwaukee County and northern Walworth County are also part of the district.