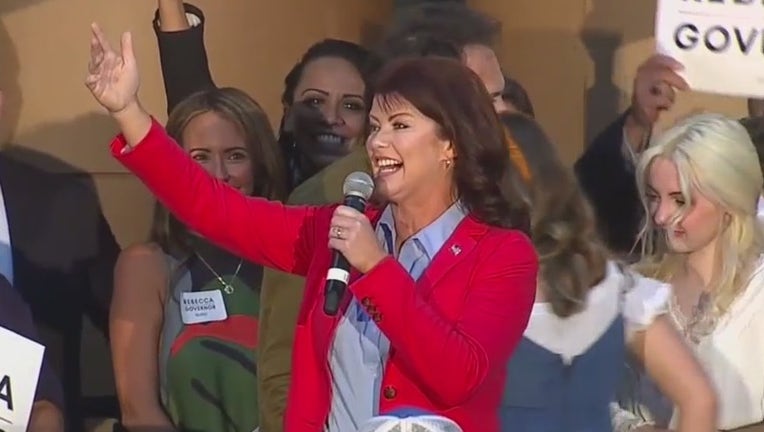 MADISON, Wis. - Republican gubernatorial candidate Rebecca Kleefisch on Thursday reported raising more than $3.6 million over the first six months of the year as she competes with self-funder Tim Michels, who has spent millions on television ads that almost immediately put him in a tight race for the nomination.

Michels, who is endorsed by Donald Trump and co-owns the state's largest construction company Michels Corp., had not yet filed his fundraising report that is due Friday. A third candidate, state Rep. Tim Ramthun, has also not filed.

The winner of the Aug. 9 primary will advance to face Democratic Gov. Tony Evers. He reported raising $10.1 million the first half of this year, a record high in a campaign that is expected to shatter spending records.

Kleefisch's haul was itself a record for non-incumbents, breaking the previous record of $2.6 million brought in by Scott Walker during his first campaign for governor in 2010. She raised more than $7 million since getting in the race, but her campaign did not release how much cash she had on hand.

Outside groups are also pouring millions into the race and the state leaders of the Democratic and Republican parties have predicted that the governor's and Senate races combined could see upwards of $700 million in spending by the Nov. 8 election.