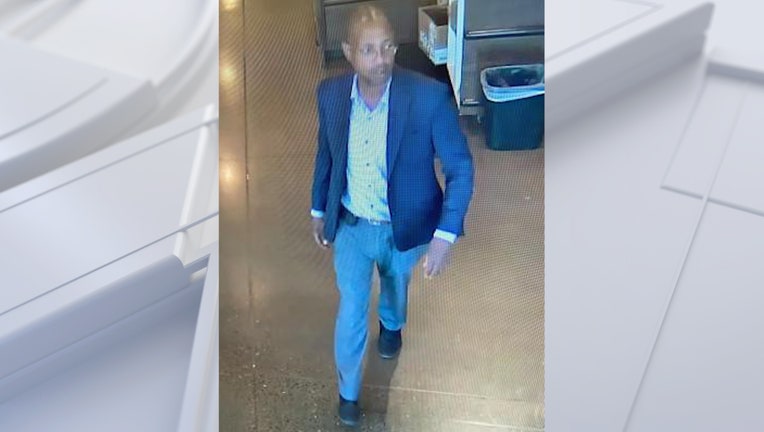 TUALATIN, Ore. - A Red Robin employee was not only the victim of a scam attempt but also got spit on and pepper sprayed, according to authorities.

Investigators said they responded to the Red Robin restaurant on Nyberg Street to a report of a male suspect spitting on and pepper spraying a female restaurant employee. He then left the restaurant.

It was later revealed that the suspect was attempting to scam the business by falsely claiming that the restaurant made his to-go order incorrectly and demanded a gift card, according to the police department.

The suspect is also accused of stealing the pepper spray from a local business.

He’s also believed to have pulled the same scam at two other businesses earlier in the day, police said.

Authorities have released a picture of the suspect.

FOX Television Stations has reached out to Red Robin for comment.