A Bay View woman violently beaten in a random attack shared her story with FOX6 News, along with a message to the community.

MILWAUKEE - A Bay View woman was violently beaten in a random attack near Humboldt Park last week. On Monday, March 22, she shared her story with FOX6 News, along with a message to the community.

This all unfolded while Susan was going about her daily routine. An avid walker, she typically clocks 35 miles per week.

On Wednesday, March 17, her route was no different. What was is how it ended. 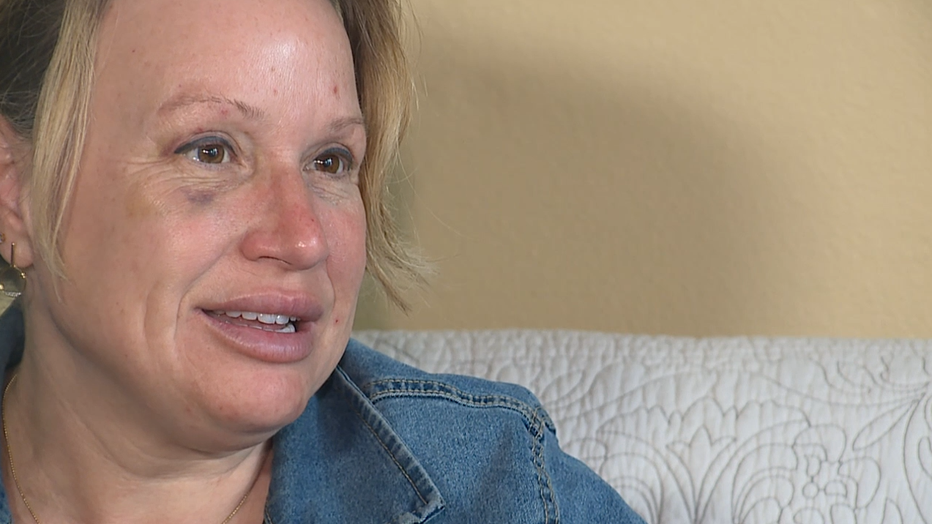 "I don’t know how many times he hit me, but just in the face, in the face, because I kept seeing lights and stars," said Susan.

Having lived in Bay View for more than 20 years, Susan knows her daily walking route like the back of her hand.

"It happened so fast, in probably under a minute," said Susan.

What she doesn't know is who attacked her near Howell and Dewey or why they did it.

"A man approached me," said Susan. "He asked me if I had any change. That's not uncommon in this area, and I just said to him, 'I’m sorry, I don’t carry any money with me.'"

The 51-year-old said she kept walking but noticed she wasn't alone; she noticed the man was close behind her.

"I thought maybe he was just going to the bus stop," said Susan. 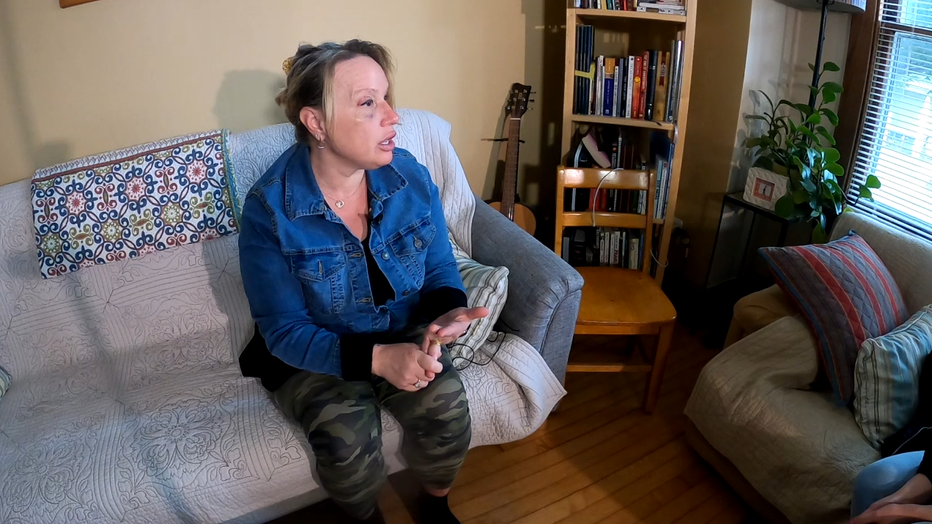 On a bus route with a school across the street -- just before 7:20 p.m., Susan's attacker began punching her.

"At some point, I was on the ground," said Susan. "It was just violent. It was just rage, anger, hatred."

Then he walked away, Susan said.

"He didn't rob me," she said. "He didn't sexually assault me. He didn’t have a weapon. He could have kept going. I was down. It's a very cowardly act."

Grateful she managed to escape with only bruising and soreness, she is now warning others to be prepared for the unthinkable.

"I was utterly unprepared for this," said Susan. "Walk with a friend if you can. Walk with pepper spray if you can. Be hyper-vigilant of your surroundings."

A string of similar incidents were recently reported in Bay View.

Police said just minutes before Susan's attack, a 31-year-old man was punched nearby. The suspect in both incidents on Wednesday is described as a black man in his 20s. Susan said he was wearing jeans, white sneakers, and a blue or green hoodie.

On Friday, police said a 28-year-old man was arrested for attacking and trying to rob a 71-year-old woman on the same block. Police do not believe that Friday's attack is related to Wednesday's attacks.