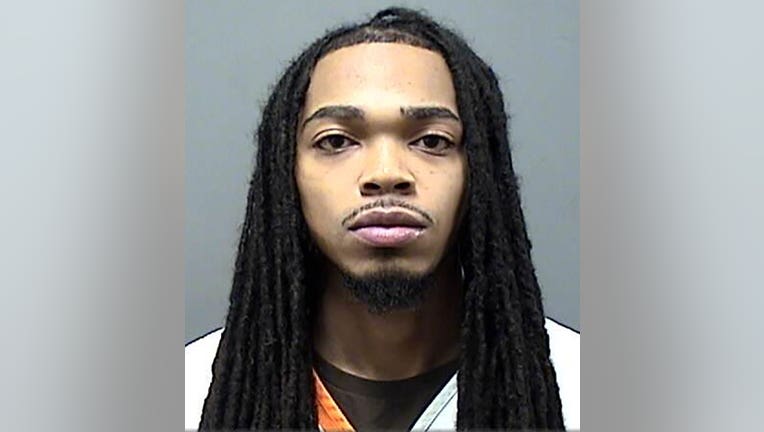 RACINE, Wis. - A 23-year-old Racine man faces multiple charges associated with the shooting of a man near 9th and Wisconsin Avenue on Dec. 21. The accused is Christopher Cosey – and the criminal counts he faces include:

According to the criminal complaint, Racine officers were dispatched to a residence near 9th and Wisconsin on Wednesday evening, Dec. 21 for a report of shots fired. When they arrived on the scene, they found a man in front of the residence suffering from multiple gunshot wounds. The shooting victim was taken to Froedtert Hospital for treatment.

The complaint says another man was outside with the shooting victim -- and that second person told police the person who shot the victim was Christopher Cosey. That person also stated the shooting happened inside a residence.

The court documents show Cosey had been at the residence with a woman who has a 1-year-old girl with Cosey. The two had gotten into an argument over the child's diaper rash. The woman's young sister called family members -- concerned for her sister's safety. The complaint says "Cosey has been violent with (the woman) in the past, so the family was concerned for her safety." When the shooting victim arrived at the residence, an argument broke out between him and Cosey, the complaint says.

The woman told police at one point, the shooting victim "punched Cosey, and they began fighting," the complaint says. The woman stated she retreated to a different room holding her baby -- and that is when "she heard gunfire, but did not see the shooting." The woman told police "she did not see who had a gun, but knew Cosey had a gun at one time," the complaint says.

Officials noted a gun was located outside of the residence, with no magazine. The complaint says the "magazine for the gun and three spent shell casings were located in the child's bedroom where the physical altercation took place. There were bullet holes in the bedroom walls and stairwell wall."

Cosey made his initial appearance in Racine County court on Tuesday, Jan. 3. Cash bond was set at $100,000. Cosey is due back in court for a preliminary hearing on Jan. 11.