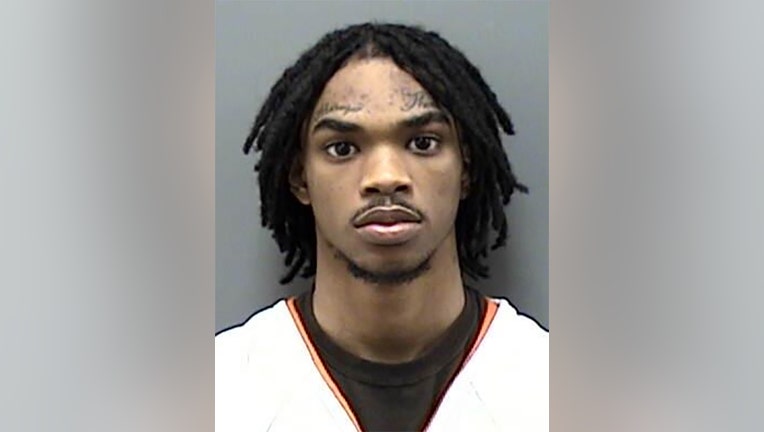 RACINE, Wis. - An 18-year-old Racine man is charged in connection with the shooting of a 16-year-old on March 20. The accused is Xavier Jackson – and he faces the following criminal counts:

According to the criminal complaint, Racine police officers were dispatched to the area of Marquette and Albert on the evening of Sunday, March 20 for a report of a shooting. Officers located a 16-year-old "laying on the ground suffering from a gunshot wound." The victim was taken to a hospital for treatment -- and eventually flown to Children's Wisconsin. Officials say the victim was shot at least seven times.

Investigators viewed surveillance video of the incident -- that shows the victim walking with a 6-year-old child next to him. The complaint says an SUV approaches, the "driver exits the vehicle, dressed in a dark-colored puffy coat and blue jeans which appear to have rips in them. As soon as the driver exits the vehicle, he begins to fire a handgun" toward the victim, who falls to the ground, the complaint says.

According to the complaint, a "second gunman gets out of the passenger side of the SUV and approached (the victim), who is on the ground. This second gunman stands directly over (the victim) and begins firing" at the victim. The "incident can only be described as an attempted execution," the complaint says.

Racine police were called to the scene of a shooting near Marquette and Albert around 7:30 p.m. Sunday, March 20.

Investigators located two sets of casings at the crime scene. The complaint says also "visible in the video are at least two separate impacts, which appear to strike the pavement. It suggests there was a third shooter from the SUV." The video shows everyone who was in the SUV get back into the vehicle -- and flee the scene.

Investigators were able to determine the SUV involved in this incident had Illinois license plates -- and the vehicle had been reported stolen. On the morning of March 26, Kenosha police located the vehicle -- which fled into Racine. Later that evening, investigators came upon the SUV once again. When they attempted to stop it, it fled into Kenosha. The complaint says a pursuit ensued. The SUV was driving "at a high rate of speed and the vehicle eventually crashed" the complaint says. The driver of the vehicle fled -- but was located. He was identified as Jackson.

According to the criminal complaint, it is 'believed that Jackson attempted to kill (the victim) in retaliation" for another death. The complaint goes on to say Jackson and the other shootings "mistakenly identified (the victim) as an NFL gang member" and believed he was involved in (the other person's) death. However, (the victim) had nothing to do with this death.

Jackson made his initial appearance in Racine County court on Monday, April 4. Cash bond was set at $250,000. Jackson is due back in court for a preliminary hearing on April 13.

Daveion Wilson pleaded guilty in connection with a fatal shooting that happened in April 2020 at a Citgo gas station near Green Bay and Cornell in Milwaukee.