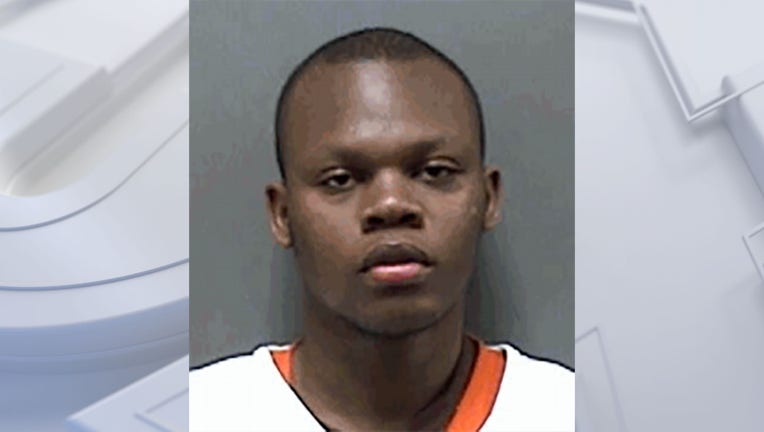 RACINE, Wis. - A 23-year-old Racine man has been charged with breaking into Regency Mall on March 29.

Prosecutors say Decarion Powell stole tens of thousands of dollars in property from a jewelry store before being stopped by police inside the mall.

Police were called to Regency Mall around 12:30 a.m. on March 29 after a motion alarm was triggered. When they arrived, officers found smashed glass and saw a man -- later identified as Powell -- exiting a coffee shop.

A criminal complaint states Powell ran when saw the officers in the hallway. Officers gave chase and eventually detained Powell at a pretzel kiosk.

When officers told Powell they were going to start checking stores, the complaint states Powell said he had going into a jewelry store. Police searched Powell and uncovered roughly 200 pieces of jewelry and more than $400 cash. He also had a hammer and screwdriver.

At the jewelry store, police noted Powell appeared to have only targeted locked jewelry cabinets, which seemed to be smashed open with a hammer, according to the complaint.

Police estimated the value of the stolen property to be $40,000. The complaint states Powell caused an estimated $700 in damage to the surveillance system and door of the coffee shop.

Powell is charged with the following seven counts:

A preliminary hearing in the case is scheduled for April 14.

The Racine County Sheriff's Office arrested a man Thursday evening, April 1 for allegedly trying to stab his brother with a knife in the Town of Dover.

A traffic stop involving an impaired driver on I-41/94 southbound near Highway 20 in Racine County ended with a second impaired driver slamming into a state trooper’s squad.