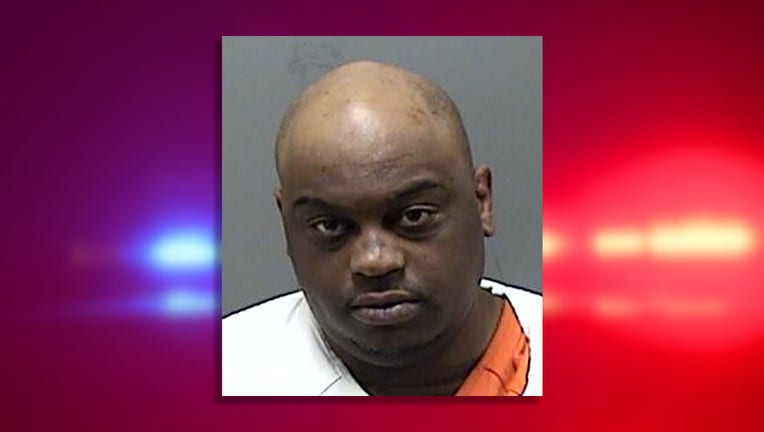 RACINE, Wis. - A Racine man has been charged 18 total counts stemming from a series of March 10 incidents.

Prosecutors say 30-year-old Dumar Leblanc led police on a chase through Racine -- and was in possession of thousands of dollars worth of illegal substances -- after they had been called a domestic incident.

Police were called to the area of Hubbard and Wisconsin after a reported assault. The caller also reported Leblanc was armed with a gun.

Talking to police, the caller said they heard an argument that turned between Leblanc and a victim, during which Leblanc made threatening comments, including death threats. At one point, a criminal complaint states the caller heard Leblanc say that he would "blow the gun right through (the victim's) head."

The complaint states the argument became physical before Leblanc left. The victim was hurt around her neck, bleeding and missing a tooth. The victim later told police Leblanc had arrived at the residence intoxicated and upset before the argument ensued.

Police acquired a description of Leblanc's car and spotted one with a matching description while in the area. The complaint states the driver, Leblanc, got out and an officer drew their firearm, ordering him back into the car. While the officer waited for backup, Leblanc sped off and the officer gave chase.

The complaint states Leblanc ran multiple red lights, reached speeds over 60 mph -- more than 25 mph over the speed limit and drove through oncoming traffic. At one point, the pursuit headed through a golf course, causing an estimated $5,000 in damage.

Officers came around a bend to find the vehicle, with no one side, prompting a search of the area. In the vehicle, officers found cards with Leblanc's name, a weapon, illegal drugs and roughly $7,000 in cash. Strewn onto the golf course, officers found narcotics. Total, investigators estimated there were roughly $15,000 worth of illegal substances found.

A search of the residence where the initial domestic incidents unfolded found Leblanc fired three gunshots inside.

According to the complaint, Leblanc was out on bond for a Racine County theft when the incidents took place.

In total Leblanc is charged with:

Court documents show Leblanc has prior convictions that date back to 2008 for offenses including armed robbery and battery. His driver's license was revoked in October 2020.

A preliminary hearing in the case is scheduled for Thursday, March 25.

The Wisconsin Department of Justice on Friday, March 19 released evidence from a pair of deadly Kewaskum home invasions.

The jury in the murder trial of a Kenosha teen accused of killing his ex-girlfriend in May 2019 is deliberating the fate of Martice Fuller.