KANSASVILLE, Wis. - While warmer temperatures melt snow across southeastern Wisconsin, it could make for dangerous conditions on the ice.

As lakes begin to thaw, a reality sinks in: Ice rescues could start happening more often.

"This ice is melting pretty quick," said Kansasville Fire Chief Ronald Molnar. "We have a lot of people out fishing on the ice doing ice fishing and recreational activities, and the ice is diminishing quickly." 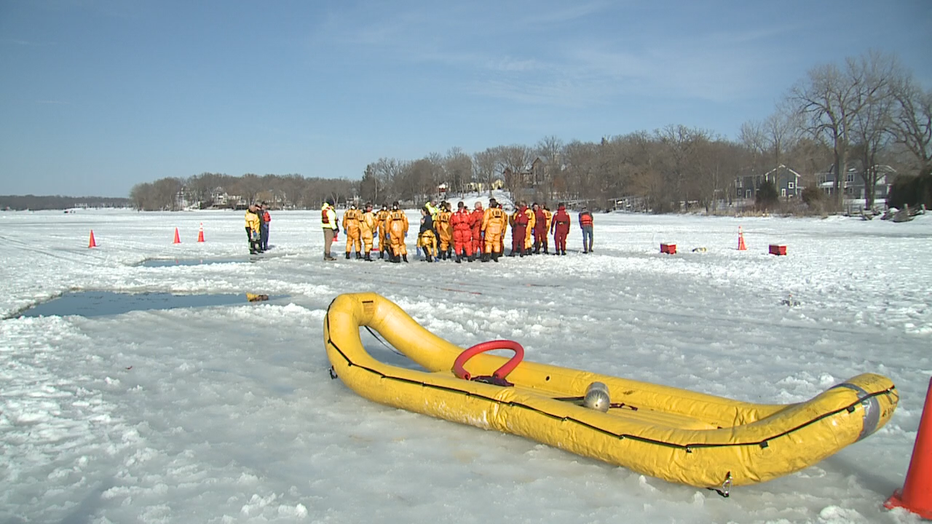 Dozens of first responders from six fire departments in Racine County participated in ice rescue training on Eagle Lake. The training was designed to simulate ice rescue situations, including victim removal skills and tactics to help both the victim and the emergency responder.

"They’re learning victim survival rates, they’re also learning how to use the tools we have to effect a safe and successful rescue," Molnar said. 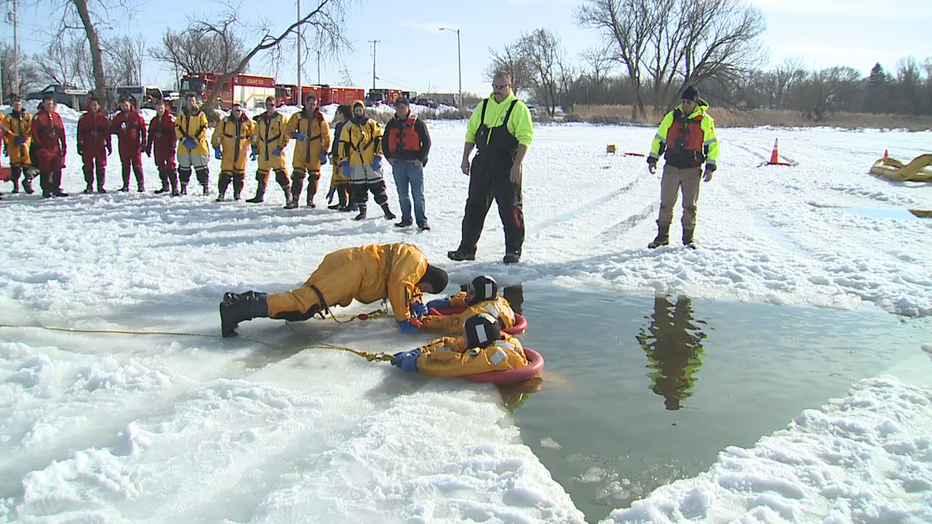 "Anybody that’s ice fishing on any questionable ice, have some ice picks, floatation device," said Molnar. 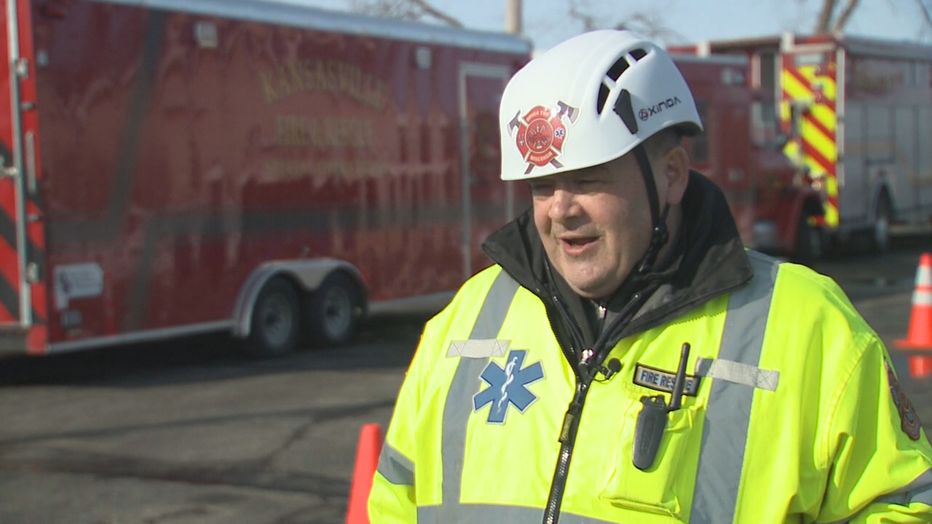 Molnar added, if you plan to be on the ice, let someone know where you are, wear proper clothing, and have means of communication. If you fall in, he says, maintain composure.

First responders say the ice is currently about 16 inches thick, so there might be a while until the ice gets thin, but if there's any type of ice that looks questionable, stay off it.

So far, the Racine County fire departments that participated in Saturday's training have not had any ice rescues this year.

The City of Racine on Friday, Feb. 26 announced the final four candidates in its police chief search.

RCSO: No COVID-19 cases among staff, inmates, others

The Racine County Sheriff's Office on Friday, Feb. 26 announced that no jail inmates, staff, contractors or volunteers are positive for COVID-19.