If convicted, Racine Alderman Edwin Santiago faces up to three-and-a-half years in prison for the felony offense.

RACINE, Wis. - A Racine alderman is facing up to three-and-a-half years in prison, charged with attempting to flee an officer -- a felony.

Santiago took part in a Racine Common Council meeting earlier this week -- just 10 days after he was arrested by Caledonia police. 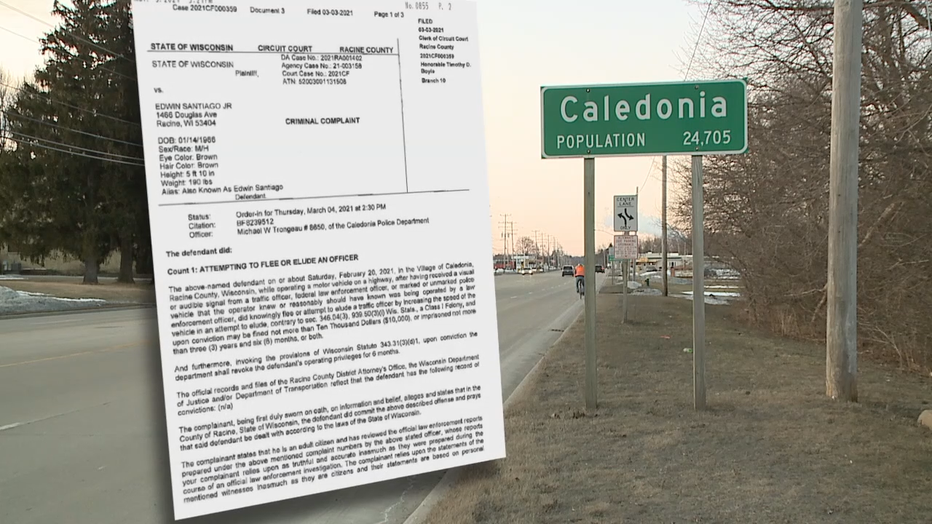 At one point, the officer went 84 mph trying to catch up to Santiago, who sped up when the officer first turned around to initiate the pursuit. About a mile down the road, the car stopped along Short Street in Racine.

FOX6 News reached out to Santiago and his attorney multiple times but has not heard back.

Daetwan Robinson on Friday, March 5 pleaded guilty to three counts of felony hit-and-run for a crash that killed two young sisters and injured their cousin on Milwaukee's north side in 2019.