Protesters block traffic on I-43

Protesters blocked traffic on I-43 for a short time Monday.&nbsp;

MILWAUKEE - Protesters blocked traffic on I-43 for a short time Monday, April 12.

The march began at Rose Park in the Harambee neighborhood.

Demanding change, the group said they are fed up with law enforcement killing people of color.

The Milwaukee demonstrators joined others across the country. 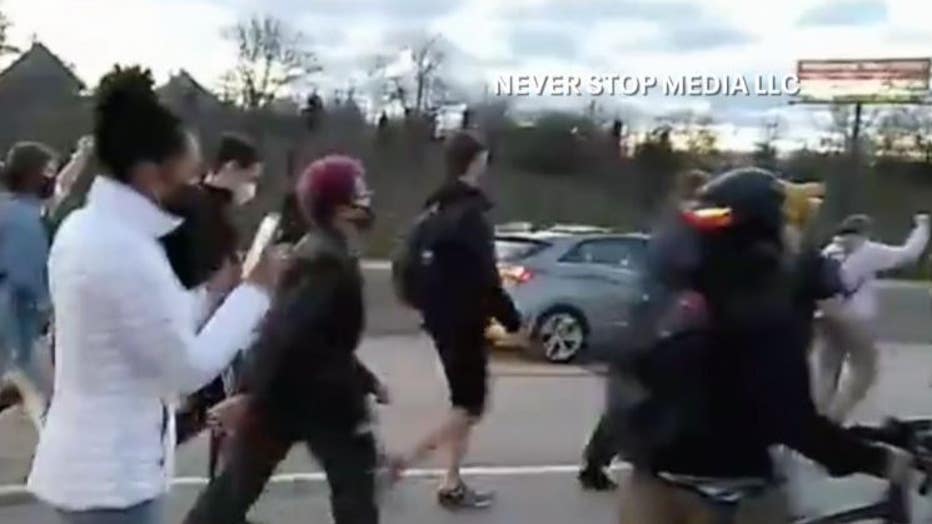 The march stretched across the north side, eventually heading into traffic on I-43 northbound. Law enforcement temporarily shut down part of I-43.

State Representative David Bowen was with the group at the beginning of the march. He said people need to continue to use their voices and votes to demand change.

"We're not crazy.  We have not lost our minds," said Bowen. "What we see is the reality that people are protecting a status quo that allows us to be killed with impunity and that must stop.  That must end. "

"Milwaukee Police monitored a group of protesters in the area of North MLK Drive and West Chambers. The group protested on city streets and moved W/B on West Center from MLK Drive. Several people from the group then walked onto Interstate 43 in the N/B traffic lanes between West Locust and West Keefe. Milwaukee County Sheriff's deputies arrived and shut down traffic. Milwaukee Police assisted the Sheriff's Department with traffic control only. Milwaukee Police made no arrests during the incident."

Sheriff's officials said one arrest was made.