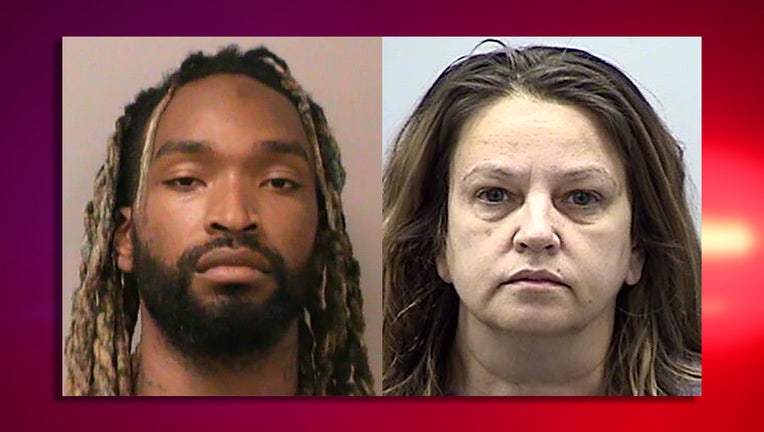 RICHFIELD, Wis. - A man and woman -- both from Milwaukee -- have been charged in connection to a Washington County home invasion that took place on Oct. 23.

Dmonte Williams, 26, and Cheryl Bodoh, 51, each face one count of burglary-dwelling, boat or motor home -- as a party to a crime, hate crime.

According to a criminal complaint, a man told Washington County sheriff's officials that he had asked a neighbor to check on his 85-year-old, wheelchair-bound mother after receiving a text message from someone who had found her phone in the street.

The neighbor told the man, according to the complaint, that a home invasion had occurred involving two people and that they found the 85-year-old in her wheelchair at the top of the basement stairs.

A detective later spoke with the victim, who said that two people ran around her house and burst through her patio door. She identified one of the people as Bodoh, whom she had known for years. The other person has since been identified as Williams.

The complaint states that the defendants pushed the victim to the top of the stairs and stuffed a duffle bag with valuable jewelry and family heirlooms before running back out the patio door. The value of the items stolen was estimated at more than $47,000.

The next day, Bodoh was taken into custody on a warrant. She told authorities, the complaint states, that she knew Williams as "Chris" and that he was her "crack dealer." Bodoh said she was to receive proceeds from the burglary in the form of money and drugs.

A search warrant was issued for Williams' residence and vehicles in Milwaukee. The vehicle believed to be involved in the burglary was parked in the driveway.

Inside the home, officers found the duffle bag and the victim's stolen jewelry. Inside the car, officers found pawn receipts for jewelry sold after the burglary. Detectives later determined that more than $6,000 worth of jewelry had been sold in pawn transactions.

Juveniles are responsible for fatally shooting more than 40 deer and a horse which the Wisconsin Department of Natural Resources said were “thrill kills."