KENOSHA, Wis. - President Donald Trump will visit Kenosha on Tuesday, Sept. 1 to meet with law enforcement and survey the damage left by unrest in the wake of the officer-involved shooting of Jacob Blake, a White House staffer said Saturday.

Judd Deere, a deputy assistant to the president, announced the visit on Twitter.

Kenosha Police Chief Dan Miskinis said somewhere around 50 people have been arrested for a variety of offenses including curfew, weapons charges, drunk charges, illegal fireworks, and even possession of a flame thrower amid unrest that followed the officer-involved shooting of Jacob Blake.

As of Tuesday, officials with the Kenosha Fire Department said there were 37 fires, combined with "emergency medical services for numerous accidents, assaults and injuries with traumas of varying degrees, including a shooting" were "resource-intensive."

Kenosha fire officials said a police officer was hit with a mortar round and some firefighters were treated for dehydration and over-exertion.  There were multiple calls for traumatic injuries and multiple civilians with non-life-threatening gunshot wounds.

READ MORE: Coverage of the Officer-involved shooting of Jacob Blake

Kenosha County Sheriff David Beth noted for reporters that things are improving -- and that business owners are rebuilding.

"When all of this calms down, like I hope it's trending toward right now, if you really go outside this small area right here, life goes on as normal in Kenosha County and the City of Kenosha," Sheriff Beth said. "The part that's damaged and hurt, we're all going to work together and rebuild." 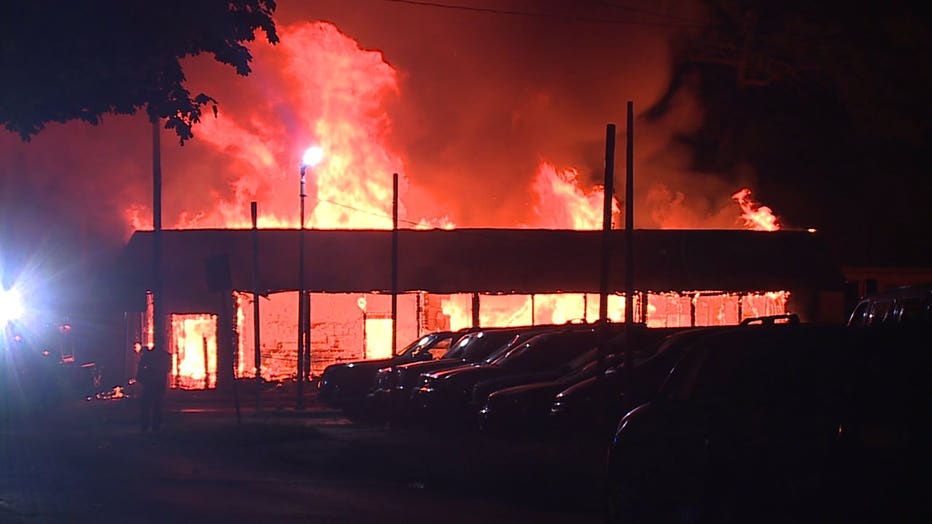 Prosecutors in Kenosha County Thursday, Aug. 27 charged 17-year-old Kyle Rittenhouse from Illinois in the fatal shooting of two protesters and the wounding of a third in Kenosha, Wisconsin, during a night of unrest following the weekend police shooting of Jacob Blake.

He would face a mandatory life sentence if convicted of first-degree intentional homicide, the most serious crime in Wisconsin.

Investigation into the shooting of Jacob Blake

Blake was shot seven times in the back by Kenosha Police Officer Rusten Sheskey, who was responding to a domestic abuse call, on Sunday. Aug. 23.

The Wisconsin Department of Justice (DOJ) Division of Criminal Investigation (DCI) on Friday released new details in the shooting.

The DOJ released the names of the other officers at the scene -- and indicated two Taser attempts by two different officers failed before Sheskey fired his weapon.

The Kenosha police union offered the most detailed accounting to date on officers' perspective of the moments leading up to police shooting Jacob Blake seven times in the back.