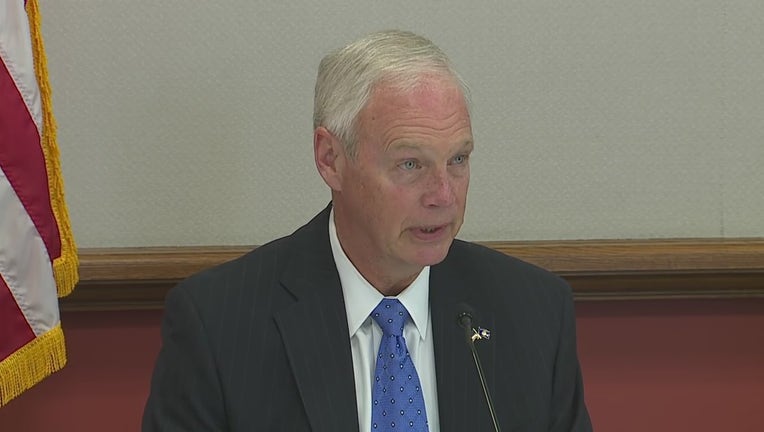 MADISON, Wis. - Republican U.S. Sen. Ron Johnson raised more money in the last three months than all of the announced Democratic candidates seeking to take him on, even though the two-term incumbent has yet to announce whether he's seeking reelection in 2022.

Johnson raised $1.2 million between April and June and had $1.7 million cash on hand heading into July, according to his latest campaign finance filing submitted Thursday.

Johnson has repeatedly said he feels no pressure to announce his intentions on seeking a third term any time soon. But his fundraising shows that should he decide to get in, he will be starting from a strong position.

Alex Lasry, on leave as an executive with the Milwaukee Bucks, led the Democratic field, raising $1 million over the period with more than $1 million cash on hand. State Treasurer Sarah Godlewski, who got into the race in mid-April, raised $513,000, which included $45,000 of her own money. She was endorsed by EMILY's List, a group that backs women candidates who support abortion rights, the day before the reporting period ended.

Adam Murphy, a business consultant from Franklin, put $100,000 into his campaign.

Steven Olikara, founder and former chief executive of Millennial Action Project, is considering running and his exploratory committee raised $61,000 and had $55,000 cash on hand.

Milwaukee attorney Peter Peckarsky is also running as Democrat but joined the race after the reporting period. Lt. Gov. Mandela Barnes is expected to announce his candidacy soon.

BrightFarms initiated a voluntary recall of packaged salad greens sold in Illinois, Wisconsin, Iowa, and Indiana because it has the potential to be contaminated with Salmonella.

The son of a Wisconsin couple who went missing last week was formally accused Thursday of killing his father and dismembering his body, while authorities announced that additional human remains were found in another location.