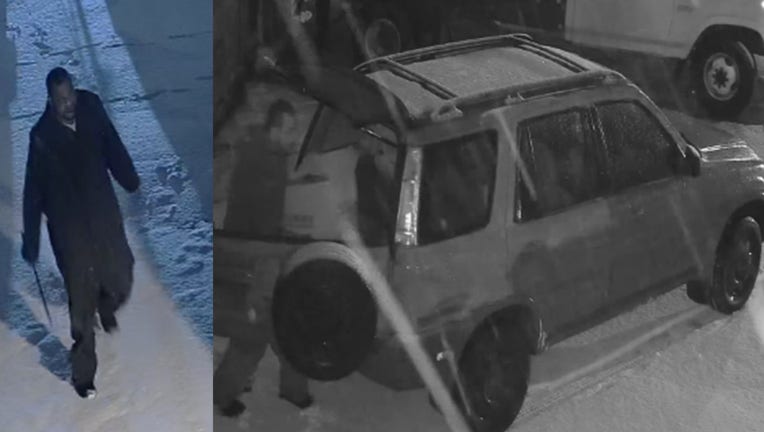 MILWAUKEE - Milwaukee police are asking for help identifying and locating the suspect wanted in a theft that happened near 77th and Florist shortly after 1 a.m. on Jan. 16.

The suspect vehicle is described as an older dark-colored Honda CR-V with a spare tire on the back.

The suspect forced entry into a locked vehicle, obtained and removed property from the vehicle. The suspect fled in the suspect vehicle.

We are getting our first look at a wild police pursuit that happened at the end of 2020. It started with a stolen car -- and ended with both of the suspects and an officer on the side of the highway with blown tires.&nbsp;

Police: Man shot, wounded near 34th and National in Milwaukee

Milwaukee police are investigating a shooting that occurred Wednesday, Jan. 20 near 34th and National.

The Brookfield Police Department has asked for the public's help identifying a suspect who allegedly stole more than $1,000 worth of goods from a Target on Jan. 16.