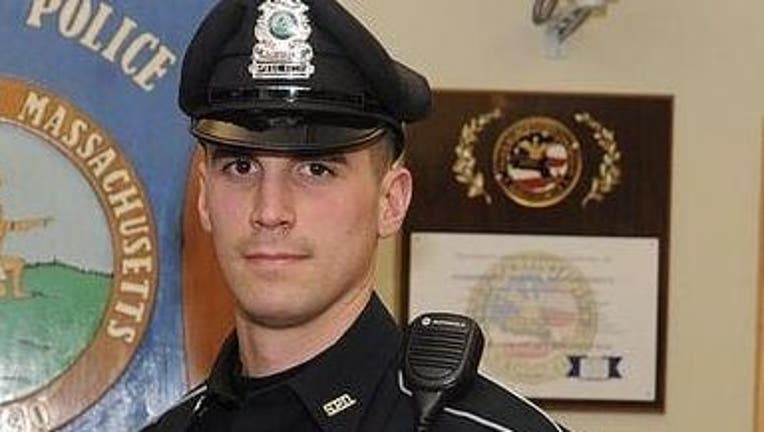 Officer Matt Lima was dispatched to a local Stop & Shop grocery store on Dec. 20, where two women with two children were accused of not scanning all of their groceries in the self-checkout lane, according to the Somerset Police Department.

"The two children with the women reminded me of my kids, so I had to help them out," Lima said in a Tuesday statement.

The associate then printed the transaction receipt and noticed numerous items they took were missing. The suspects were subsequently asked to return inside with their items while they awaited for Somerset Police to respond.

When the officer arrived at the grocery store, he spoke with one of the women accused of shoplifting and learned that they had fallen on hard times and did not have enough money to purchase an entire Christmas dinner.

The officer checked the women's receipts and noticed that they hadn't purchased anything but food, according to the outlet.

Store employees asked the two women to return the items they did not scan back onto the shelves and issued them a "Notice Not to Trespass" order. Lima, who has two young daughters himself, decided to help the two women. So, instead of punishing them, he bought them a $250 gift card to cover the entire cost of their groceries.

The incident was "a true testament of Officer Lima’s great character and decision making," Somerset Police Chief George McNeil said in a statement.

"I would like to personally commend Officer Lima for his actions," McNeil said. "His actions exemplify what it means to protect and serve the members of our community. When faced with a difficult situation in which a family was trying to provide a meal for their kids, he made the generous decision to not press charges and instead ensured that they would have a Christmas dinner they could enjoy."