SAN BERNARDINO COUNTY, Calif. - A wild police chase involving a suspected stolen construction truck ends in an arrest – but not before the suspect left a trail of sparks on the 10 Freeway.

The suspect eventually stopped the truck and tried to run away from the officers on foot. However, after a brief foot chase, a K9 officer tackled the suspect on the road, allowing the other officers to safely handcuff the officer.

Officials did not say where they believe the CalTrans-marked truck was stolen from. It is unknown if the suspect was wanted for other crimes. 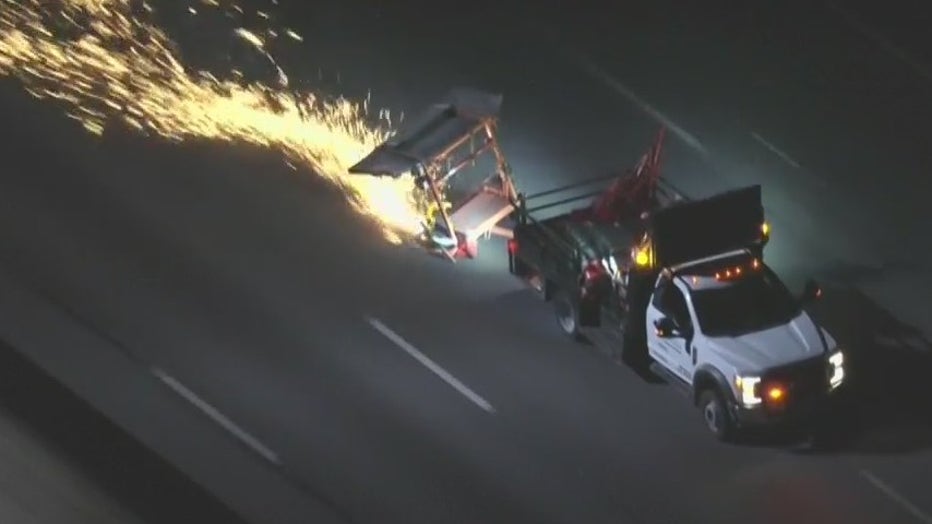