Some survivors of the attack on Pearl Harbor gathered at the scene of the Japanese bombing to commemorate those who died 81 years ago during a ceremony on Dec. 7, 2022.

PEARL HARBOR, Hawaii - A handful of centenarian survivors of the attack on Pearl Harbor gathered at the scene of the Japanese bombing on Wednesday to commemorate those who perished 81 years ago.

That's fewer than in recent years, when a dozen or more traveled to Hawaii from across the country to pay their respects at the annual remembrance ceremony.

Part of the decline reflects the dwindling number of survivors as they age. The youngest active-duty military personnel on Dec. 7, 1941, would have been about 17, making them 98 today. Many of those still alive are at least 100.

Ira Schab, 102, was on the USS Dobbin as a tuba player in the ship’s band. He recalls seeing Japanese planes flying overhead and wondering what to do.

"We had no place to go and hoped they’d miss us," he said before the ceremony began. 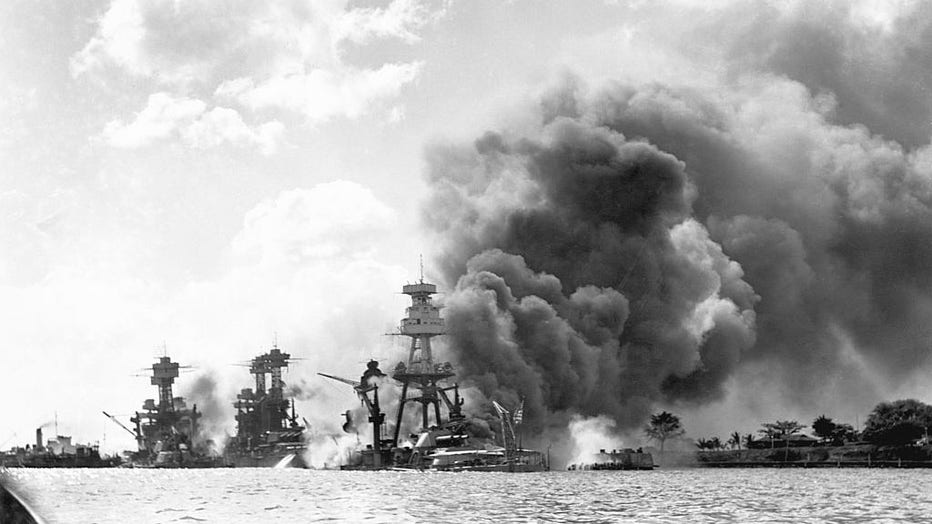 Burning and damaged ships at Pearl Harbor, December 7, 1941. Left to right are the USS West Virginia, the USS Tennessee and the USS Arizona. (Photo by © CORBIS/Corbis via Getty Images)

He fed ammunition to machine gunners on the vessel, which wasn’t hit.

"I wouldn’t miss it because I got an awful lot of friends that are still here that are buried here. I come back out of respect for them," he said.

Schab stayed in the Navy during the war. After the war, he studied aerospace engineering and worked on the Apollo program. Today he lives in Portland, Oregon.

He wants people to remember those who served that day.

"Remember what they’re here for. Remember and honor those that are left. They did a hell of a job. Those who are still here, dead or alive," he said.

The day after Japan attacked Pearl Harbor, President Franklin D. Roosevelt said that the United States was suddenly attacked, but many historians point to three decades of ignored warnings leading up to the act of warfare carried out on Dec. 7, 1941.

About 2,400 servicemen were killed in the bombing, which launched the U.S. into World War II. The USS Arizona alone lost 1,177 sailors and Marines, nearly half the death toll.

Robert John Lee recalls being a 20-year-old civilian living at his parent's home on the naval base where his father ran the water pumping station. The home was just about 1 mile (1.6 kilometers) across the harbor from where the USS Arizona was moored on battleship row.

The first explosions before 8 a.m. woke him up, making him think a door was slamming in the wind. He got up to yell for someone to shut the door only to look out the window at Japanese planes dropping torpedo bombs from the sky.

He saw the hull of the USS Arizona turn a deep orange-red after an aerial bomb hit it.

"Within a few seconds, that explosion then came out with huge tongues of flame right straight up over the ship itself — but hundreds of feet up," Lee said in an interview Monday after a boat tour of the harbor.

He still remembers the hissing sound of the fire. 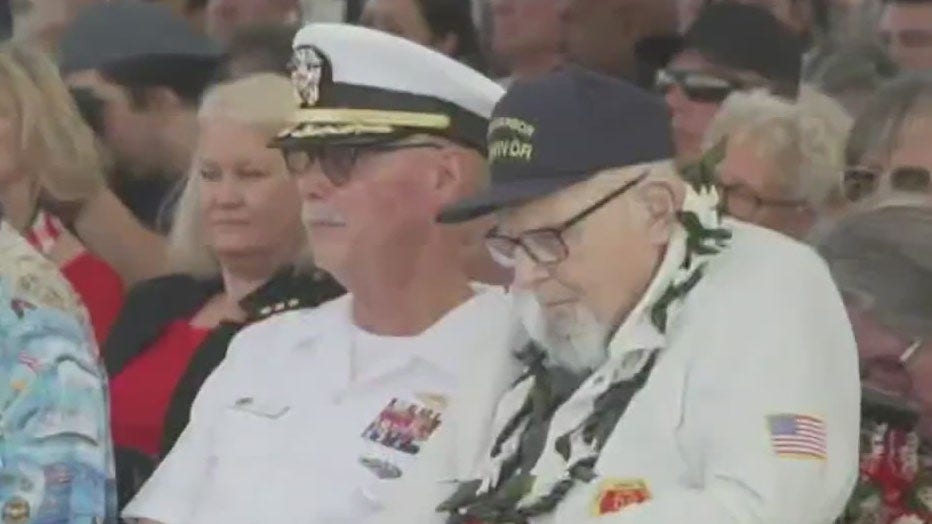 Some survivors of the attack on Pearl Harbor are pictured attending a remembrance ceremony in Hawaii on Dec. 7, 2022.

Sailors jumped into the water to escape their burning ships and swam to the landing near Lee's house. Many were covered in the thick, heavy oil that coated the harbor. Lee and his mother used Fels-Naptha soap to help wash them. Sailors who were able to boarded small boats that shuttled them back to their vessels.

"Very heroic, I thought," Lee said of them.

Lee joined the Hawaii Territorial Guard the next day, and later the U.S. Navy. He worked for Pan American World Airways for 30 years after the war.

The U.S. Department of Veterans Affairs doesn’t have statistics for how many Pearl Harbor survivors are still living. But department data show that of the 16 million who served in World War II, only about 240,000 were alive as of August and some 230 die each day. 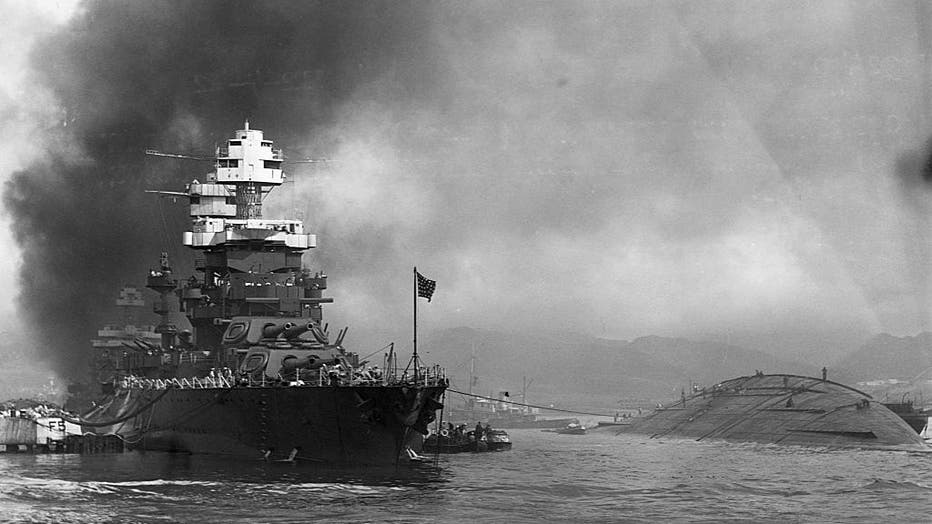 The capsized USS Oklahoma and the USS Maryland, two of the ships destroyed in the attack on Pearl Harbor. (Photo by © CORBIS/Corbis via Getty Images)

There were about 87,000 military personnel on Oahu at the time of the attack, according to a rough estimate compiled by military historian J. Michael Wenger.

The ceremony sponsored by the Navy and the National Park Service featured a moment of silence at 7:55 a.m., the minute the attack began, and a missing-man-formation flyover.