A Milwaukee group is doing everything it can to empower women.

MILWAUKEE - As the first few bars of Purple Rain wash over the room, the velvety lyrics of Prince mean one thing.

"We have this thing where we always put on Prince," says Shinichi Hamilton. 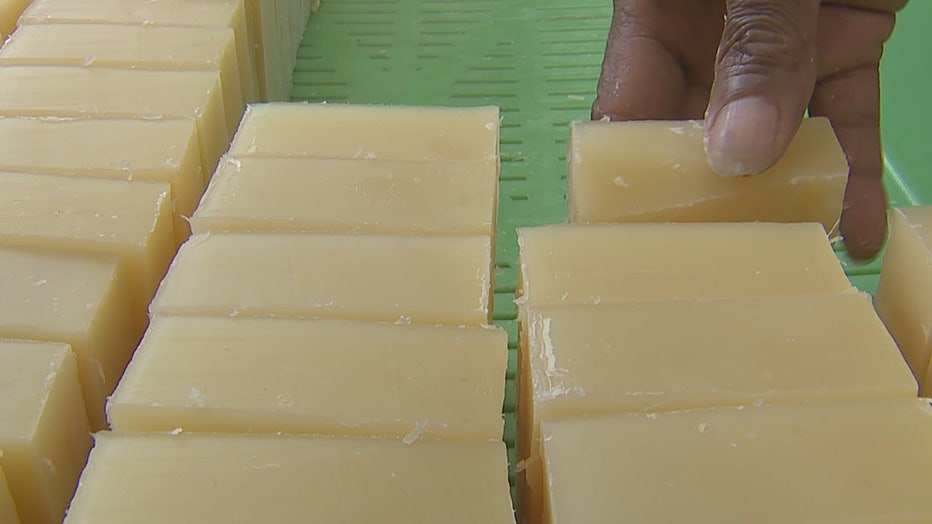 "From the start to the end," she explains. "We’ll be done with the eight molds."

If Shinichi is the star of this show, with a laugh as electric as the Artist's guitar.

"Me personally, I like doing it all," she says. "You got to love your job."

Then Cynthia Perkins provides the steady drumbeat, getting the job done – whatever the job may be.

"I’ve made soap a couple of times," Cynthia says. "But my real passion lies in direct work with the women." 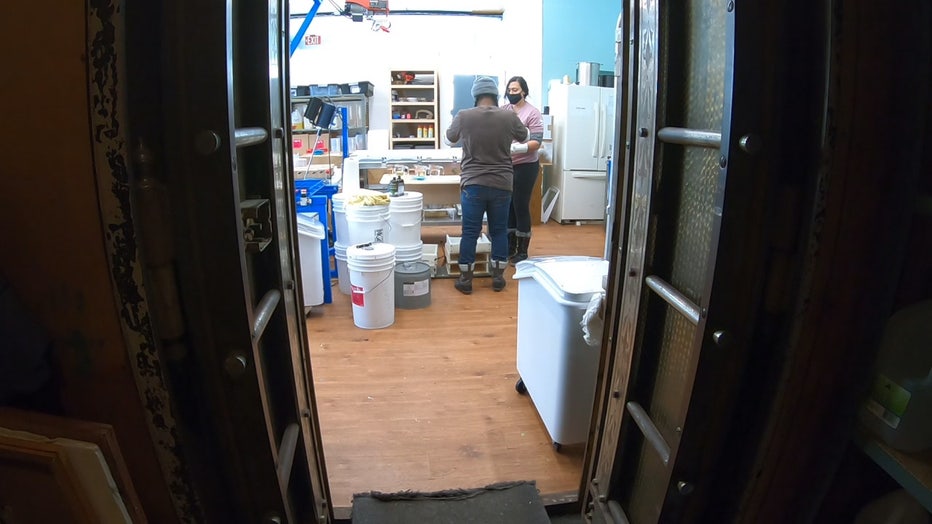 These friends and roommates work out of the Peacemakers' hospitality center on W. Lisbon. Shinichi making soap, while Cynthia serves up soul food, so to speak.

"Just try to show people that they’re worthy," she says. "And we love them." 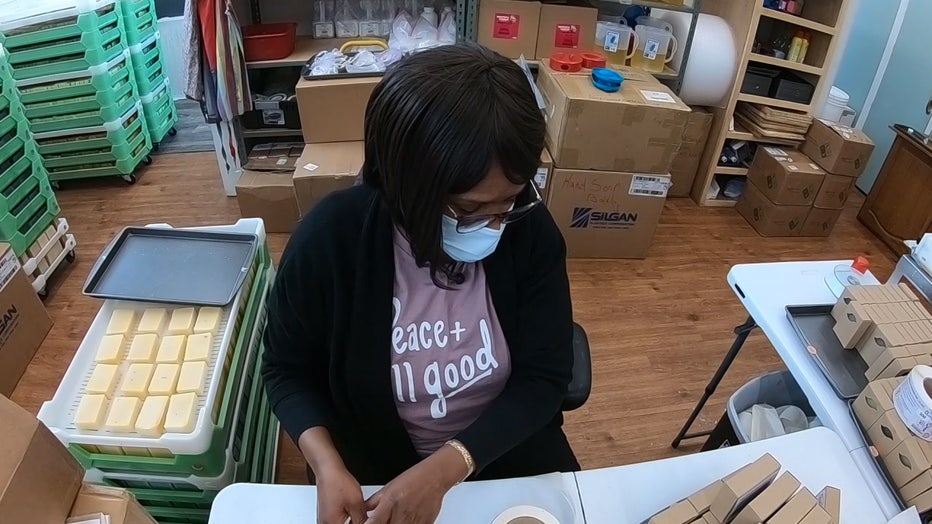 There are meals, hygiene kits, and clothes for the women that come to the door. Women walking the same path she did.

"No one gave up on me," says Cynthia. "It’s important, I feel, to stay connected with the women. No matter what."

The Peacemakers started in 1995, working with victims and survivors of human trafficking.

"They feel like it’s an easy way to provide for the needs they need to survive," Cynthia explains. "Which kind of keeps them caught in that trap."

Over the years they’ve battled plenty of misconceptions about sex trafficking, specifically. The most common, that it’s more of an issue overseas – when in fact, trafficking cases have been prosecuted in all 72 counties in Wisconsin. 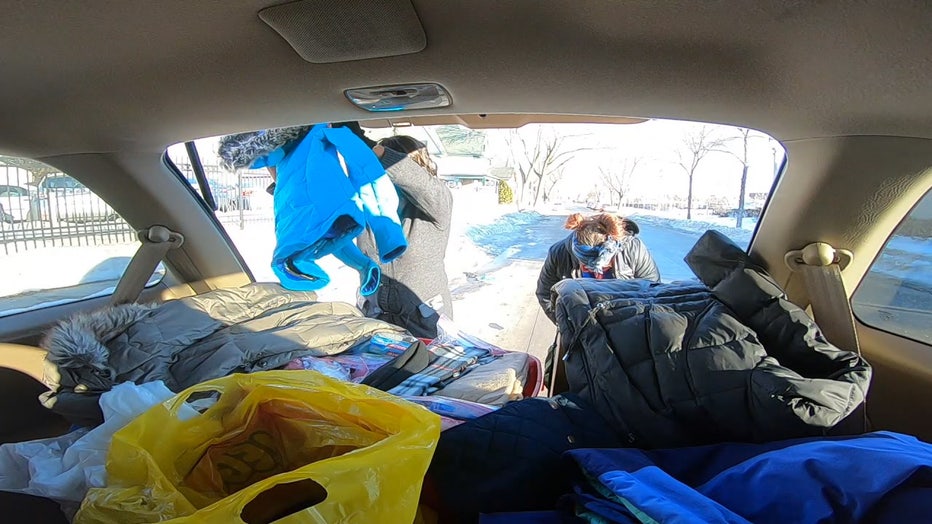 "Sometimes people think it’s just more in the central city, and people of color," says Associate Director Mary Leach-Sumlin. "And as you can see, it doesn’t discriminate."

Cynthia and Mary do outreach drives around the Milwaukee area four days a week. Joining them on a cold February morning, it's clear there's another pandemic hiding in plain sight.

"We go by body language as well," Mary says from the driver's seat. "If they’re trying to get attention from the cars, those are the ladies we approach."

The food and kits and coats they give away are an opportunity to start a conversation, to open a door.

Some of the women are thankful. Some aren’t interested in the help. Some are familiar, while others are new names and faces to remember – like a friendly and appreciative woman named Hazel.

"Those are the sad ones," Mary says as they drive away. "They still have an innocence about them. That’s the hardest part for me."

Cynthia knows all too well what it’s like to lose your innocence on these same streets.

The Deacon of the Peacemakers puts it more bluntly – it’s a miracle she’s alive.

"I didn’t want to die on the streets of Milwaukee," Cynthia says of the realization that turned her life around.

Instead, eventually, she ended up at the Clare Community, a shared living space run by the Peacemakers.

It’s given Cynthia and Shinichi the one resource that other shelters or rehab facilities could not – time.

"We’re getting our minds right up in here," Shinichi says with a laugh.

Instead of 30 days, or even a few months at a time, this is a two-year immersive program with the support systems in place to work through decades of trauma.

"Waking up not knowing where you’re at," Shinichi remembers. "In unfamiliar places. Waking up around strangers."

Now there are friends. And a stable environment with regular meetings, rent-free housing and steady jobs.

Cynthia has already finished the program and is now working toward another certificate of completion – a degree in social work from MATC. Instead of forgetting the past, she’s using it every day.

Shinichi has less than a year to go, and a message to other women ready for a change.

"I know where you’ve been," she states, knowingly. "But if you just give yourself a chance, it’ll work out for you too like it’s working out for us."

And speaking of work, she’ll stay on with the Peacemakers once she’s done, too. There’s more soap to be made, and more Prince to be played.

Is it a lost art or an antiquated form of communication? The debate over cursive requirements in schools has reignited after a bill that stalled in the Senate during the coronavirus pandemic gets new life.

Dole Diversified North America, Inc. is recalling some cases of its fresh blueberries due to potential cyclospora contamination.