JUNEAU, Wis. - A 25-year-old Oshkosh man faces multiple charges following an incident in Dodge County on Saturday, Jan. 30. The accused is Tyler Anderson -- and he faces the following criminal counts: 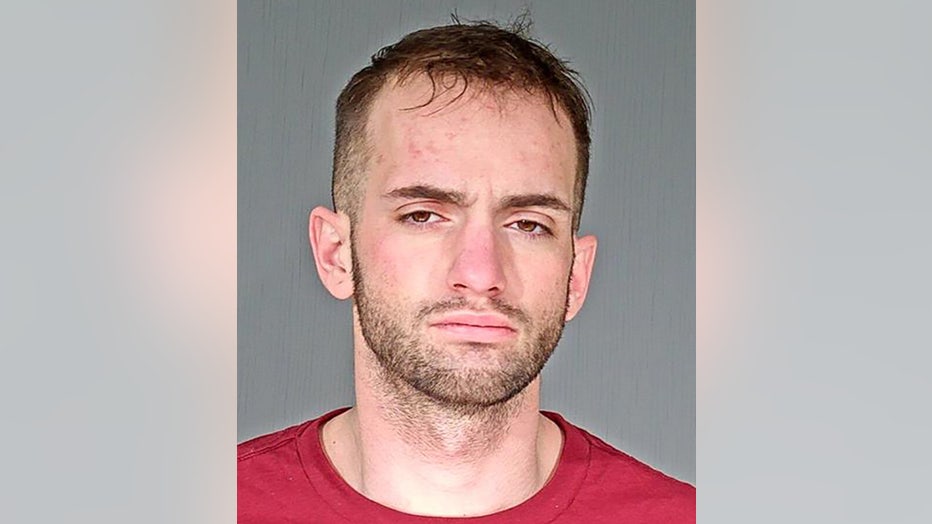 According to a news release from the Dodge County Sheriff’s Office and the Juneau Police Department, the incidents that led to the above charges began on Saturday evening, Jan. 30.

Officials say shortly after 8 p.m., the Juneau Police Department initiated a pursuit of an SUV traveling westbound on County W.  That pursuit was joined by Dodge County Sheriff’s Office deputies. The fleeing vehicle left the roadway shortly after leaving the City of Juneau and struck a squad car when re-entering the highway. The vehicle fled to the City of Beaver Dam on Highway W and while law enforcement attempted to stop the vehicle in the City of Beaver Dam, it crashed into a Juneau Police squad car and a Dodge County Sheriff’s Office squad car causing disabling damage to both. The vehicle fled again eastbound on County W and ran off the roadway on County W just west of Crystal Lake Road.

Negotiations took place with the driver of the SUV for nearly eight hours.

Shortly after 4 a.m. on Sunday, officials say an extraction plan was executed safely, the suspect was taken into custody, and no one was injured.

Charges were filed against Dezman Ellis -- in connection with the fatal shooting that happened at the Fox River Mall.

Brookfield police are asking for help to locate the persons suspected of stealing a catalytic converter from a vehicle outside Champps Restaurant.