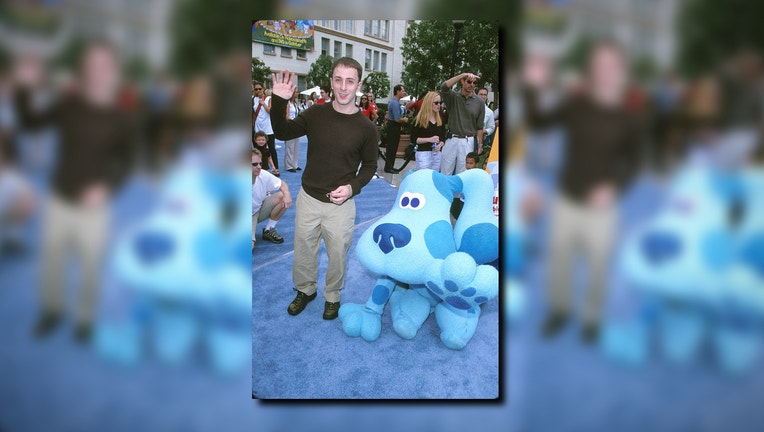 No matter how much time has passed since you tuned in to an episode of "Blue’s Clues," you’re never quite too old for the show. Just ask original host Steve Burns.

Burns hosted the program from its Sept. 8, 1996, debut until he left for college in 2002. In a video posted to Nick Jr. social media, Burns addressed his "abrupt" departure

"That was really challenging, by the way, but great — because I got to use my mind and take a step at a time and now I literally am doing many of the things that I wanted to do," Burns explained.

Patton took over the role as host after Burns introduced him as his brother Joe. He led the show for its final two seasons from 2002 until its finale in 2006.

In that decade, "Blue’s Clues" became a staple in preschools in America and abroad. It aired in 160 countries and collected awards, such as the Peabody Awards, Parents Choice Awards, Television Critics Association Awards and Prix Jeunesse.

With such a decorated legacy, it’s not surprising Nickelodeon rebooted the show in 2019 with Dela Cruz at the helm.

Nick revamped the show for the modern child. CGI replaced the show’s classical animations. And the iconic notepad used by hosts to draw also had a phone on the back.

But even though the show’s original fan base is far beyond the target demographic, Burns’ return proved they’ve never forgotten one of their favorite childhood shows.

And Burns didn’t forget about them either.

"I guess I just wanted to say that after all these years, I never forgot you, ever," Burns said. "And I’m super glad we’re still friends."

Fans who were children during Bruns’ tenure rushed to social media to share how emotional it was to see him return to the Steve character one more time.

And Burns’ message on Twitter has been liked more than a million times and has been retweeted hundreds of thousands of times.

Whether it’s student loans, jobs and families, Burns recognized life for the original fans of the show "has been kind of hard." But he gushed about how amazing it is to accomplish those things and said he wouldn’t have been able to do it without the help the show’s fanbase gave him.