Ope! Brewing Co. in West Allis has big plans for the future. From the name right down to the beers, it is raising the bar on Wisconsin wordplay.

WEST ALLIS, Wis. - Ope! Brewing Co. in West Allis has been open for one week as of Friday, June 3 – and it has big plans for the future.

Those plans include adding an outdoor bar and seating and volleyball courts. But before it all came to be, it was just a few local guys' dream.

"There’s some people who don’t quite understand it, but for the most part people love it," co-founder Kyle Ciske said.

From the name right down to the beers, Ope! Brewing Co. is raising the bar on Wisconsin wordplay. 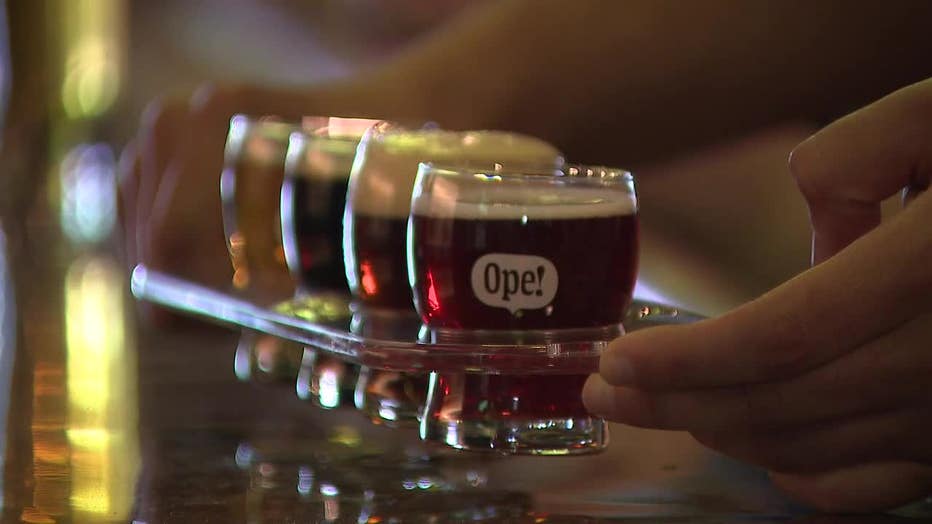 "I am drinking the ‘Didn’t See Ya There’ – the hazy IPA," customer Chris Gust said. "Phenomenal. I’m a Wisconsin kid through and through, so I’m definitely the, ‘Ope! Sorry, let me sneak past you and grab the ranch,’ kind of kid."

"I think it’s fitting for this area, and I think the puns for a lot of beers is fun," said customer Jim Schrager.

Before the puns came a different type of conversation, the kind you have around a table of drinks with friends.

"I feel like that’s every home brewer drinks a beer (and) goes, 'Well I could do this," Anders said.

Actually doing it, though, takes more than talk. 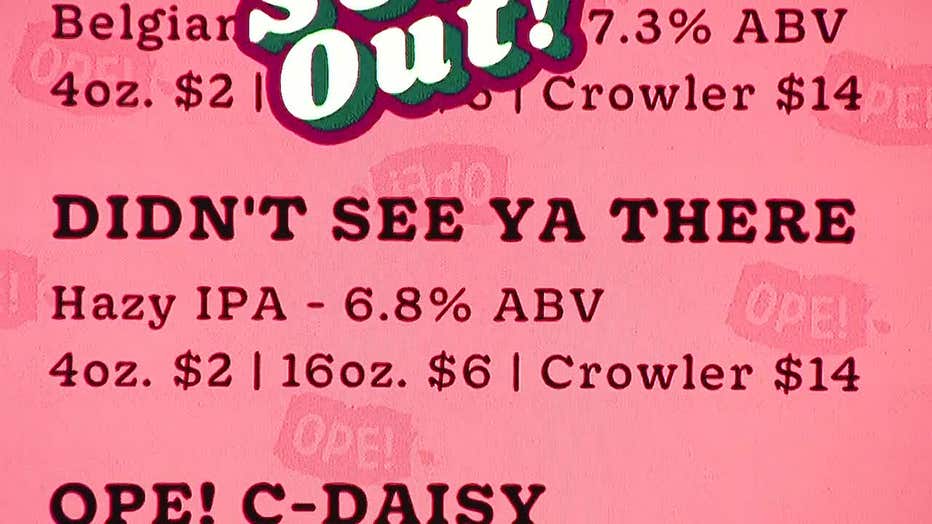 "We all live beer every day and wanted to go further with it," said Anders.

Starting their own brewery was an idea bubbling beneath the surface for professional brewers Anders and Ciske for years. Though ideas flowed, including a list of about 300 ideas for beer names, the COVID-19 pandemic added uncertainty to the mix.

"On the bank side of things there sure was," Ciske said. "You gotta bet on yourself." 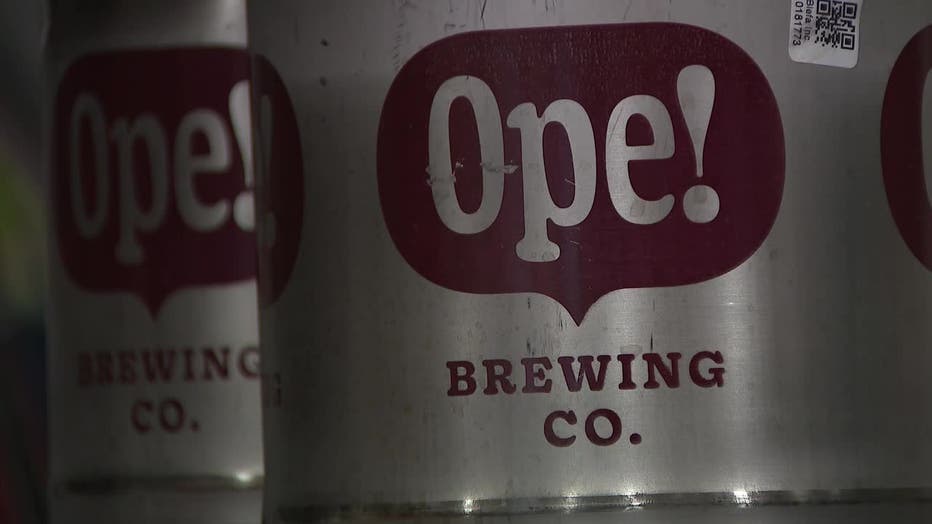 The co-owners said 35 banks turned them down until the 36th gave them a shot. They and a third co-founder poured themselves into Ope! Brewing.

That co-founder, John Onopa, got laid off during the process.

"It was kind of serendipitous timing because we were at that point starting to get very close to starting construction," Anders said, adding that he and Ciske had to leave their jobs as well. "We all had to do what we had to do is make it work."

Now, they're looking forward to crafting their own next chapter.

"It was that fulfilling a dream type of thing," said Anders.

"I think it’s going to be a great place to hang out here in West Allis," Gust said.

Comedian Charlie Berens may have popularized the phrase "Ope!" in Wisconsin. The owners say he hasn't stopped by, but if he does the first drink is on them.