Verification work has ramped up the past two weeks, resulting in questions about why some COVID-19 numbers are changing, state health officials said.

MADISON, Wis. - Wisconsin is "woefully behind" in cleaning up COVID-19 data and a renewed emphasis it has placed on making sure its case counts are more accurate has resulted in swings in previously reported numbers, state health officials said Wednesday, March 17.

There's a concern the public won't understand why the numbers are changing, state Department of Health Services officials told The Associated Press, even though they said it's part of a routine process that fell behind in the fall as COVID-19 cases were spiking. 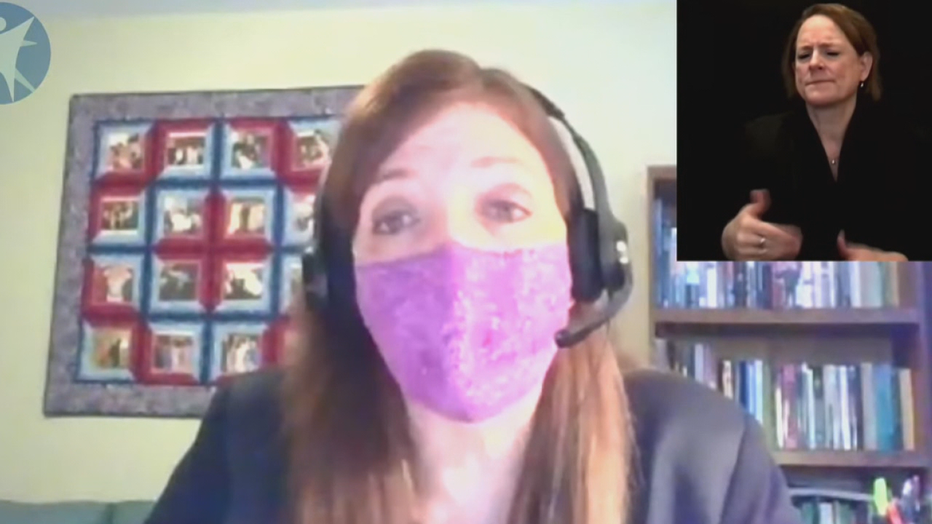 "I think it’s fair to say we’re woefully behind in some of that cleanup work," said Julie Willems Van Dijk, deputy secretary of the department.

The department has also reduced the number of unknown deaths in group housing settings from 46% to 26% as it updates the data, DeSalvo said.

More than 1,000 deaths were added to the category in March, but not because the people died in March. 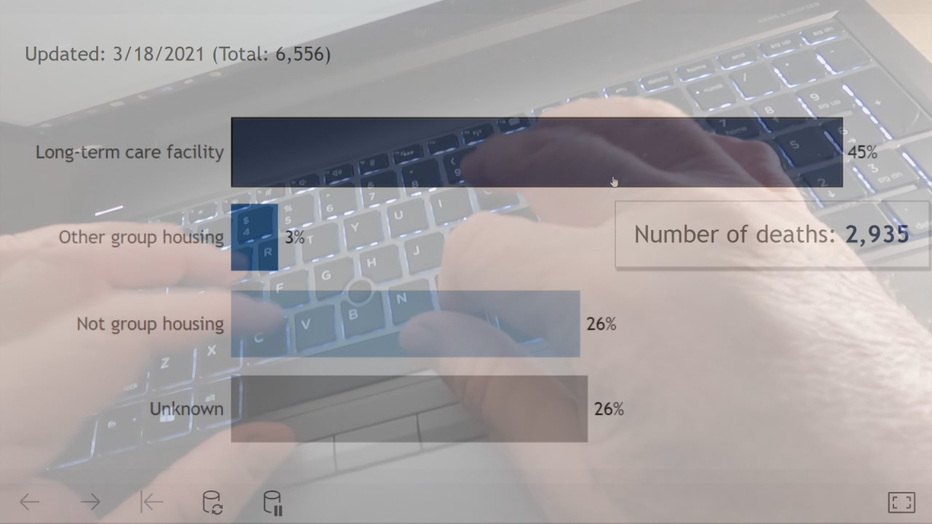 "As we continue our data quality insurance efforts, you may see other changes as we correct and clean other data," said Van Dijk.

DHS officials said now that cases are down, there's time to do some cleaning, including digging deeper into the deaths where the housing setting was listed as "unknown."

"When case and death data were inputted into our system, it was common for some fields to be empty or boxes left unchecked due to the inability of the disease investigator who conducted the interview to collect that particular information," said Van Dijk. "That is why we had such a high percentage of unknowns when it came to reporting COVID-19 cases or deaths by housing setting."

The data as of Wednesday showed that 45% of people who died were in long-term care housing, 25% were not in group housing and 4% were in some other type of group housing. To date, more than 570,000 people have tested positive for the virus in Wisconsin and 6,554 have died. The seven-day average of new cases, 411, is the lowest it's been since June.

Nearly 24% of people in Wisconsin have received at least one dose of the vaccine, according to the U.S. Centers for Disease Control and Prevention.

The accuracy of COVID-19 data has been an issue in many states, particularly among critics of efforts earlier in the pandemic to close businesses and take other mitigation steps to slow the spread of the virus. New York Gov. Andrew Cuomo's administration is under federal investigation after it underreported deaths in nursing homes following his decision to open those facilities to recovering COVID-19 patients.

Some Wisconsin Republicans in July questioned whether a backlog at the local level in reporting negative COVID-19 results caused numbers of confirmed cases to be inflated. State officials have long emphasized looking at trends over several days, or weeks, to determine trends, not day-to-day numbers. 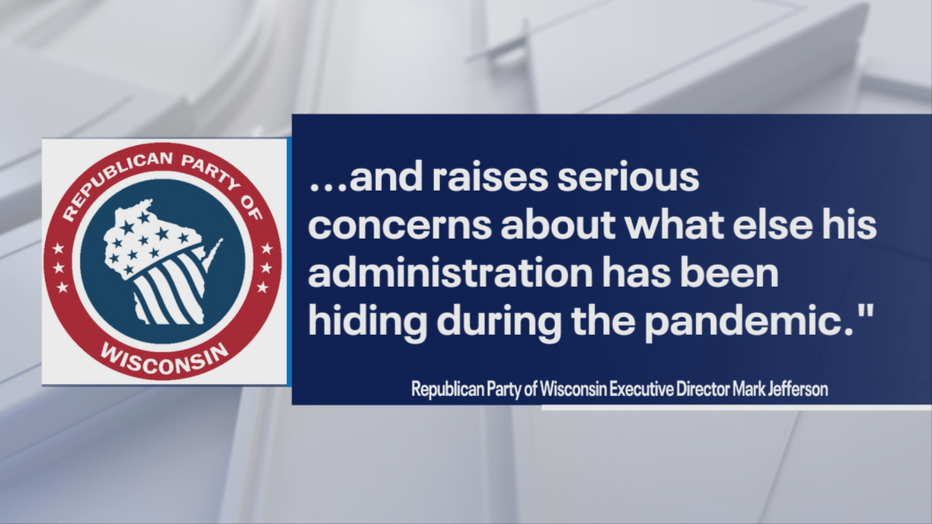 The Wisconsin GOP said in a press release, in part:

"The fact that the Evers administration severely undercounted Wisconsin deaths in long-term care facilities is deeply concerning and raises serious concerns about what else his administration has been hiding during the pandemic."

In the effort to get information out quickly because of the high interest in COVID-19, data quality is sometimes sacrificed, DeSalvo said. The verification work has ramped up recently as the state prepares to finalize numbers for 2020 that it submits to the CDC, Van Dijk said.

The department has an existing Data 101 section on its website that will be updated soon with more details about the data cleanup, DeSalvo said.

"We want the public to understand why we're doing what we’re doing," DeSalvo said of the cleanup and verification process. "We really want to assure people that’s what we’re doing."