SOMERS, Wis. - The man in custody in connection with a shooting at a southeastern Wisconsin tavern that left three men dead and three others injured was involved in a fight at the bar before coming back with a handgun and opening fire, authorities said Monday.

Rakayo Alandis Vinson, 24, appeared in court on suspicion of first-degree intentional homicide for the early Sunday shooting at the Somers House Tavern in the village of Somers. Kenosha County Court Commissioner Loren Keating set bond for Vinson at $4 million cash, citing the seriousness of the charges, Vinson's record of possession of firearms and the risk of flight. Vinson had not been formally charged as of Monday afternoon.

"The evidence at this point does appear strong," Keating said.

Kenosha County Sheriff David Beth said at a news conference immediately following Vinson's court appearance that Vinson suffered facial injuries during an altercation at the bar and targeted the three victims when he returned. Vinson appeared to have one black eye above his mask when he appeared via video at Monday's detention hearing.

Beth identified the three people killed as 24-year-old Cedric Gaston, 26-year-old Atkeem Stevenson and 22-year-old Kevin Donaldson, all of Kenosha. Two of them were shot inside the bar, where one of them fell immediately and the other staggered outside before collapsing. The third man was killed during an exchange of gunfire across the street, Beth said. 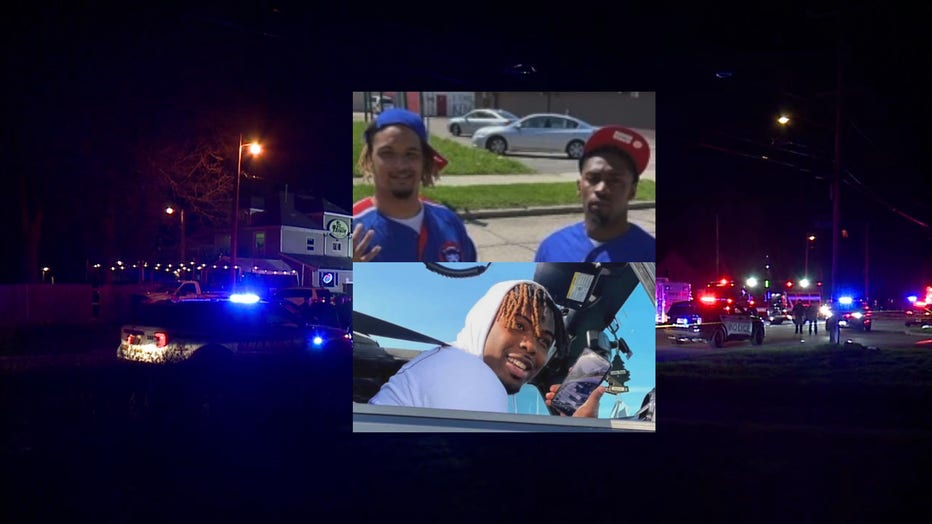 The sheriff did not know if Vinson knew the men before the argument.

Beth said "many more charges" are expected against Vinson and investigators were looking at whether he had help, such as leaving the scene. Vinson was eventually arrested in Mount Pleasant after he stole a car from friends who turned him in after he returned the vehicle, Beth said.

Court documents do not list an attorney for Vinson. 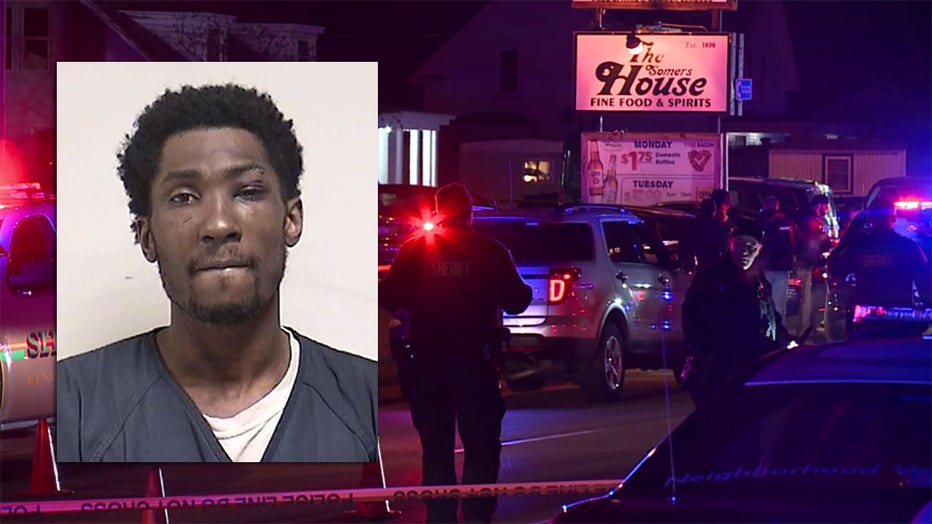 Somers is about 30 miles (50 kilometers) south of Milwaukee, not far from the Wisconsin-Illinois border.

It was the latest in a recent string of shootings across the country, including the killings of eight people at a FedEx warehouse in Indianapolis on Thursday. Last month, four people were killed at an office shooting in California, eight people were fatally shot at massage businesses in the Atlanta area, and 10 died in gunfire at a supermarket in Boulder, Colorado.

The nearby city of Kenosha was the scene of serious unrest last summer, after police shot a young Black man, Jacob Blake, leaving him paralyzed. A white Illinois teenager was accused of fatally shooting two people during the Kenosha protests. Kyle Rittenhouse, of Antioch, is charged with homicide and attempted homicide in the Aug. 25 shootings. He has pleaded not guilty and says he fired in self-defense.

Beth said shootings have become commonplace and "as sad as it is" he believes a lot of people in Kenosha still don't know about Sunday's killings. Kenosha has become "a north suburb of Chicago," the sheriff said.

Friends and family of the victims of the Somers bar shooting said they're heartbroken to lose their loved ones -- as a neighbor's surveillance camera helps tell the story of what happened.

Three men were killed and three men wounded in a shooting at a busy tavern in southeastern Wisconsin early Sunday, sheriff's officials said.