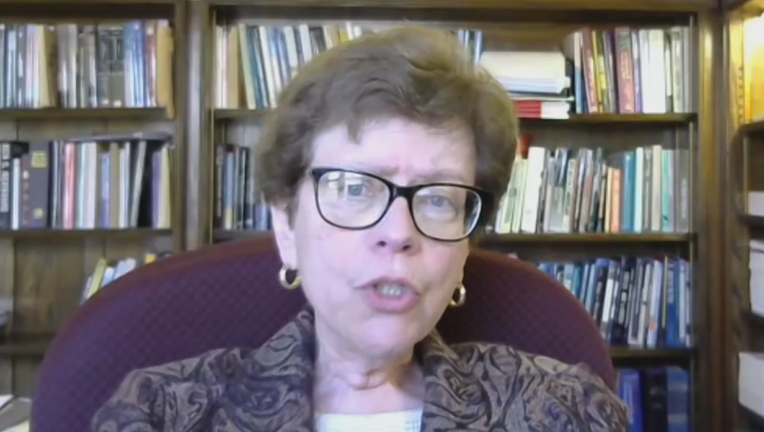 EVANSTON, Ill. - Rebecca Blank, who was named last fall the first female president of Northwestern University, announced Monday she is stepping down after being diagnosed with an aggressive form of cancer.

In a news release, the school said that Blank, who concluded her eight-year tenure as chancellor at the University of Wisconsin-Madison in May, will return to the Madison area for cancer treatment.

"I do not have the words to express to you how disappointed and sad I am to be telling you this," Blank said in a statement. "I was excited to be joining you at Northwestern, a world-class institution that is near and dear to my heart."

According the school, President Morton Schapiro will remain at Northwestern until a successor is named.

Being named as Northwestern's 17th president was to be a homecoming of sorts. An internationally known economist who served as deputy secretary and acting commerce secretary during the Obama administration, Blank was on the faculty in the economics department at the school in Evanston, Illinois, from 1989 until 1999 and as director of its Joint Center for Poverty Research.

At the time of her appointment, Blank said how excited she was to return to a university and community that was such a big part of the life of her family's life.

"I served on the Northwestern faculty and was married in Chicago," she said in a statement at the time. "My daughter was born at Evanston Hospital and returned 18 years later to attend Northwestern as a student."