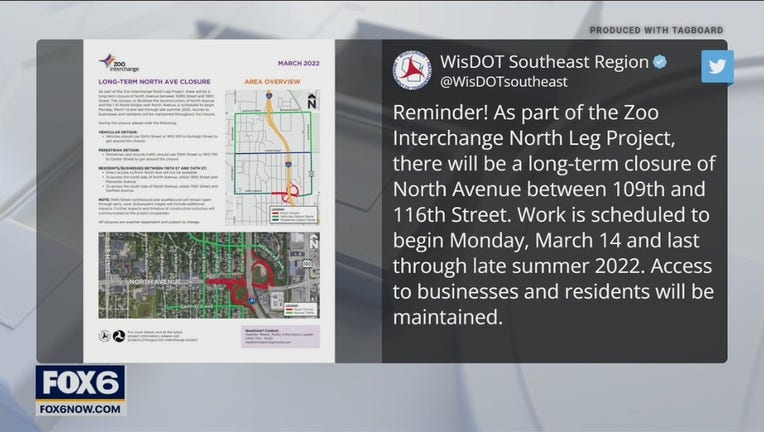 MILWAUKEE - As part of the Zoo Interchange North Leg Project, there will be a long-term closure of North Avenue between 109th and 116th Street.

Work is scheduled to begin Monday, March 14 and last through late summer 2022. Access to businesses and residents will be maintained.

During this closure, please note the following:

Northbound and southbound 116th Street will remain open through early June. Subsequent stages will include additional impacts. Further impacts and timeline of construction activities will be communicated as the project progresses.

All closures are weather dependent subject to change.

Mayoral candidates Cavalier Johnson and Bob Donovan will participate in a debate on Monday, March 14.