MILWAUKEE - Surprise medical bills can cost patients hundreds, even thousands of dollars. For years, Contact 6 has taken these billing complaints to insurance companies. But now, there should be a drop-off in those cases.

On Sylvia Johnson’s kitchen table is a pile of documents. It’s the fall-out from her annual wellness visit back in August. In Sylvia’s file is her surprise medical bill, records from her three repeals to insurance, and her three rejections for full-coverage.

"[The appointment has] always has been covered which was so odd," said Johnson.

Johnson says she’s had the same appointment every year for about twenty years. This time, she got a bill for $422 dollars. 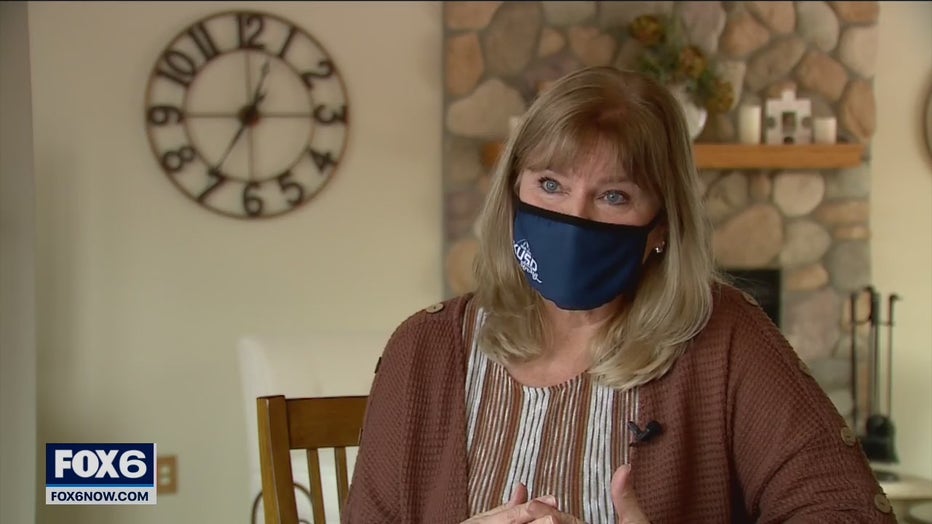 "The radiologist portion was out-of-network and not covered," said Johnson.

Johnson discovered that even though her hospital was in-network with her insurer, the radiologist who read her mammogram was not. It’s a person Johnson never met and never thought to ask about.

"[The insurer] made it sound like the member was the responsible person," said Johnson.

Medical billing is consistently a top ten consumer complaint in Wisconsin, according to the Department of Agriculture, Trade and Consumer Protection. Were Johnson to have the same appointment today, she’d likely never see the bill.

On January 1st, 2022, the No Surprises Act went into effect. It provides broad consumer protections against surprise medical bills. 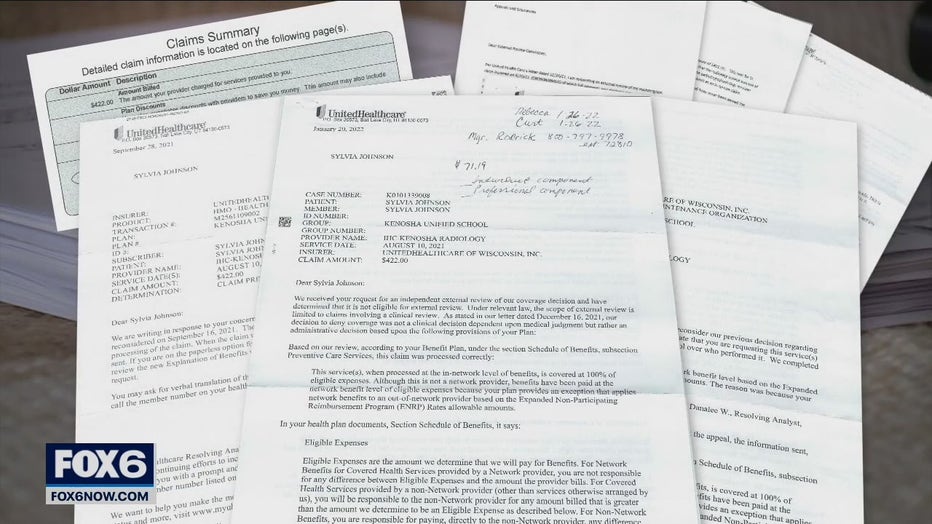 As of Jan. 1, the no surprises act provides broad consumer protections against surprise medical bills.

"When they’re in a situation where they unknowingly receive care from an out-of-network provider," said Houdek.

Under the No Surprises Act, the patient still pays co-pays and deductibles but cannot be asked for pay more for out-of-network care at an in-network facility for emergency medicine, anesthesiology, radiology or lab services.

Patients can agree in advance to be treated by an out-of-network provider, in some cases, like choosing a specific surgeon knowing the cost will be higher.

"When I saw that, I thought that’s exactly my situation," said Johnson, of the No Surprises Act. 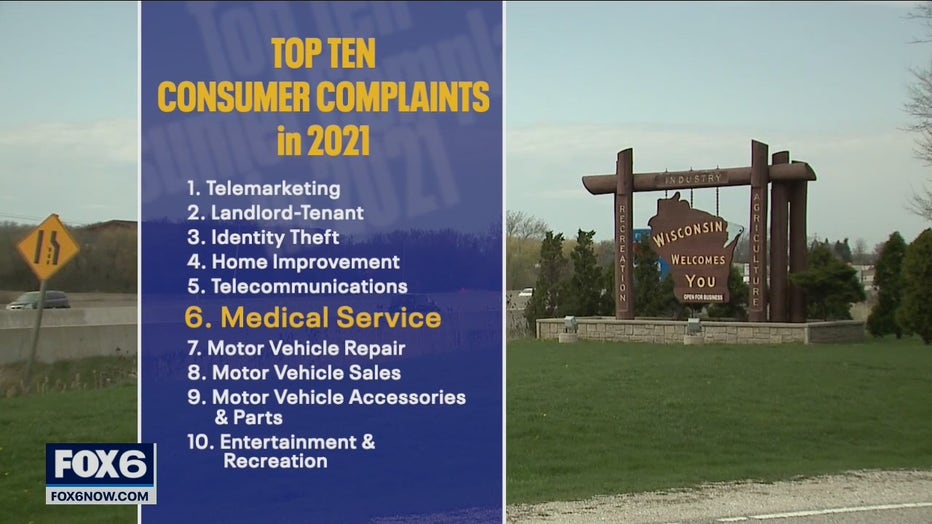 Johnson’s bill was lowered to $355 by UnitedHealthcare before she wrote to Contact 6. The FOX6 consumer segment wrote to the hospital and insurer on her behalf. Soon after, both said the bill was dropped.

"We reached out to the physician’s office who agreed to waive this 2021 out-of-network radiology bill. The ‘No Surprises Act,’ which went into effect beginning Jan. 1, 2022, prohibits care providers from sending surprises bills in cases like this where the patient received care from an out-of-network doctor at an in-network facility. 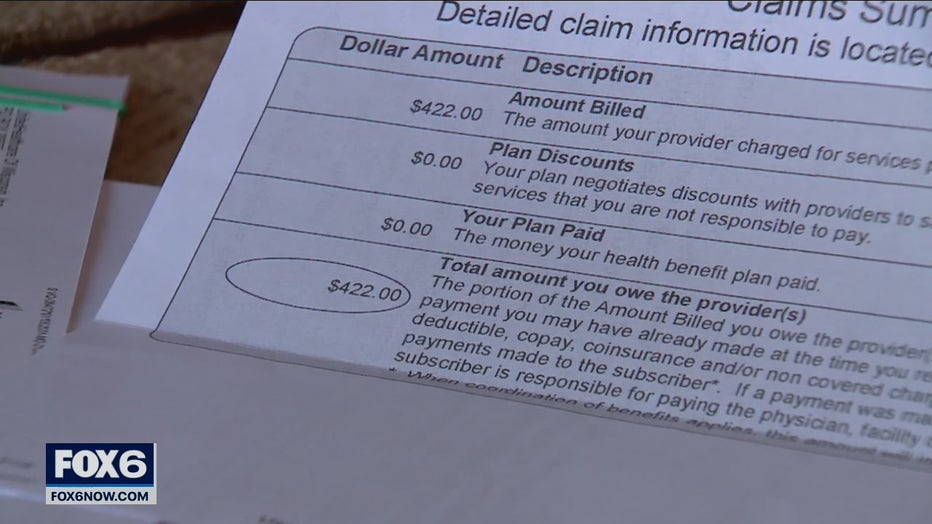 Froedtert South sent the following after conducting an internal review:

"Froedtert South contracts Radiology services through Envision Healthcare that was not a participating provider network of Radiology with UnitedHealthcare as of January 1, 202. Unfortunately, from a global perspective, network providers in various specialty areas are not always updated with respect to in-network inclusion or exclusion. The invoice received by the patient would not have come from Froedtert South…

The No Surprises Act only applies to medical bills sent after January 1, 2022. Patients on Medicare and Medicaid already had these protections in place.

A report by Politico indicates Milwaukee leads the competition to host the 2024 Republican National Convention.