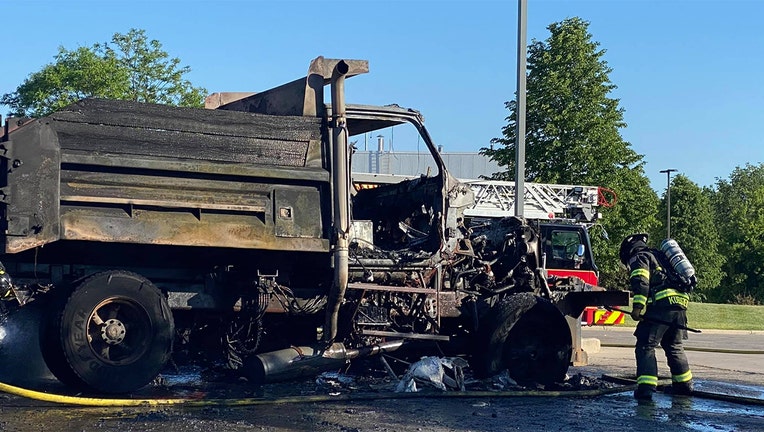 Fire units arrived at the fully-involved vehicle around 5:45 p.m. The driver was inside when the fire started, New Berlin fire officials said, but no injuries were reported to anyone involved.

During an investigation, crews found that the truck's file tank was leaking diesel and runoff made its way into the drainage system. The Wisconsin Department of Natural Resources was called due to the undetermined volume of the leak. An environmental cleanup company responded, contacted through Kwik Trip's corporate command center.

Car fire near I-94 and Drexel

Emergency crews responded to a car fire on Interstate 94 near Drexel in Oak Creek on Friday.

Firefighters on Friday morning, June 4 responded to the scene of an apartment complex fire in Hales Corners.