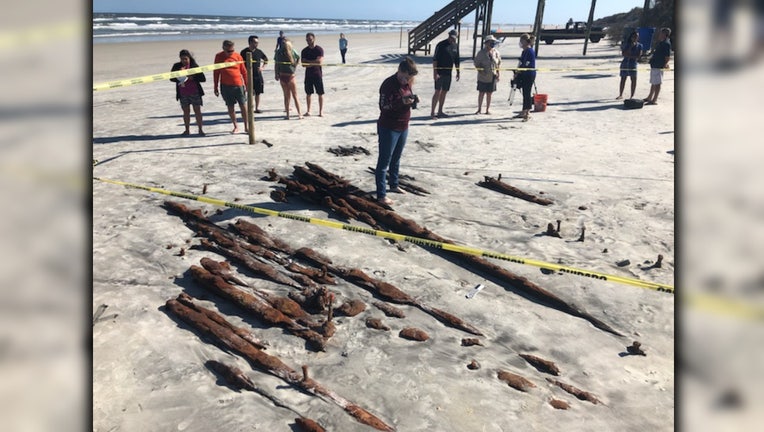 ST. AUGUSTINE, Fla. - A mysterious shipwreck that may date back to the 1800s has emerged from the sands of a northern Florida beach.

LAMP experts believe that the vessel was possibly an American merchant ship that may have been carrying a cargo of hardware or flour. The researchers note that over 70% of known historic shipwrecks in Florida are merchant ships that transported goods along the Atlantic coast.

The ship is thought to date back to the 1800s, according to Meide.

“Everything we’ve seen on it so far fits that hypothesis; wooden planking, wood timbers, iron fasteners,” he said in the statement. “They look quite similar to other ships from the 1800s that we have seen.” 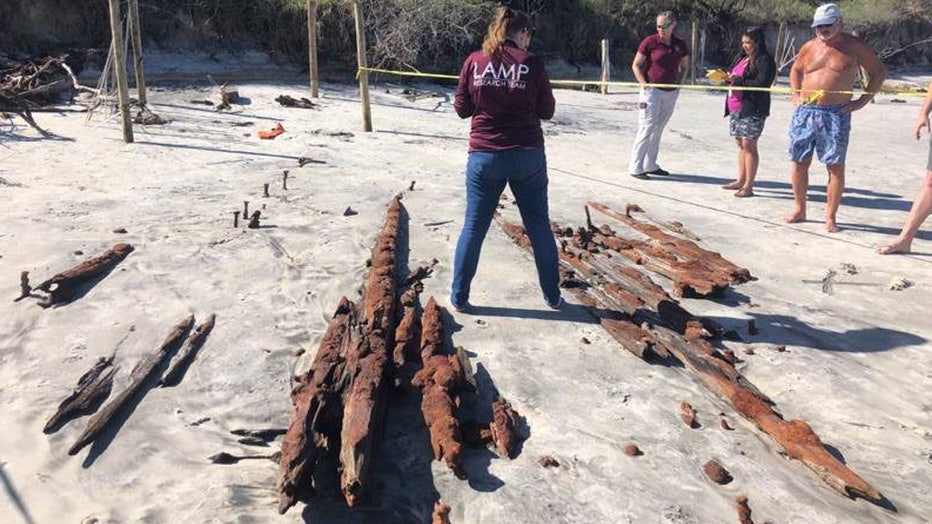 Experts also have a possible candidate ship in mind.

“I think we can say that the 317-ton brig Caroline Eddy is a possible candidate for the Crescent Beach Shipwreck,” Jay Smith, a spokesman for the St. Augustine Lighthouse and Maritime Museum, told Fox News via email. “We don’t want to say definitively that it is Caroline Eddy, but it is a likely identity for our wreck.”

The Sunshine State continues to reveal its shipwreck secrets. Earlier this year, the wrecks of two wooden boats, one of which may be more than 100 years old, were uncovered on a beach in northern Florida.

In 2018, Florida beachgoers discovered the “holy grail of shipwrecks” after the remains of an 18th-century ship washed ashore.

Separately in 2018, Hurricane Michael unearthed the wreckage of a nearly 120-year-old ship on Dog Island in Franklin County.

Last year, a mysterious 19th-century shipwreck was discovered by researchers testing underwater drone equipment in the Gulf of Mexico.

A team from the National Oceanic and Atmospheric Administration aboard the exploration vessel Okeanos Explorer was testing the equipment on May 16 when the wreck was spotted.