The community rallied together at a basketball game to not only meet its goal, but exceed it, in memory of Kaden Stark.

"It’s insane…that’s the power of a wish," Steve Stark, Kaden's dad, said. "A lot of people don’t realize how powerful wishes are."

The power of a wish is sometimes reserved for basketball players who are hoping to win a game. Friday night, the Mukwonago High School boys' basketball team was shooting for more.

Hundreds of students took part in the Mukwonago basketball "Free Throw-A-Thon." It exceeded its $100,000 fundraising goal and flew past last year's $83,000 total. 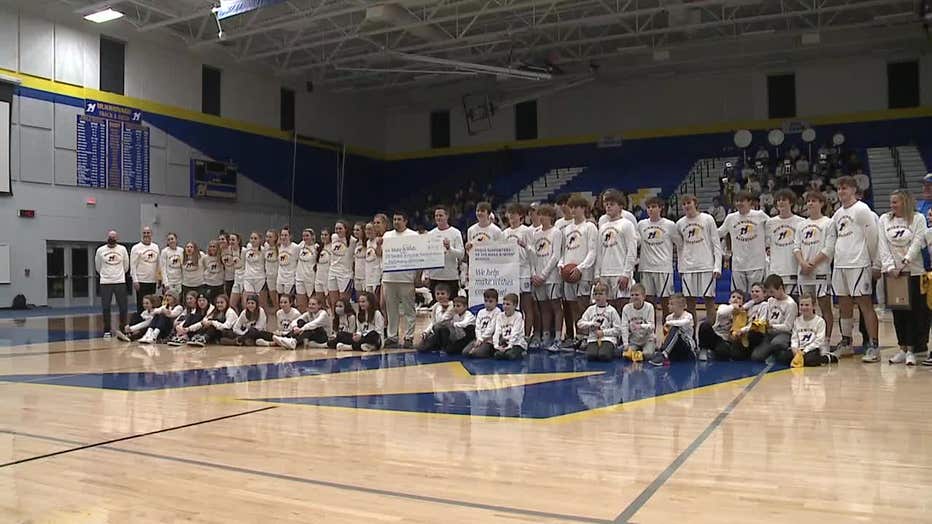 The money raised goes to Make-A-Wish Wisconsin, granting for wishes for kids battling critical illnesses. For Kaden Stark, that wish was a trip to Disney World.

"I remember that (Kaden) was always…he had a great smile," said Joey Jendusa, a Mukwonago High School senior. "I have him in my thoughts."

After his first wish was granted, Kaden's second wish was to give back to the foundation.

"It gave him a lot of purpose, and he just loved it," said Stark. 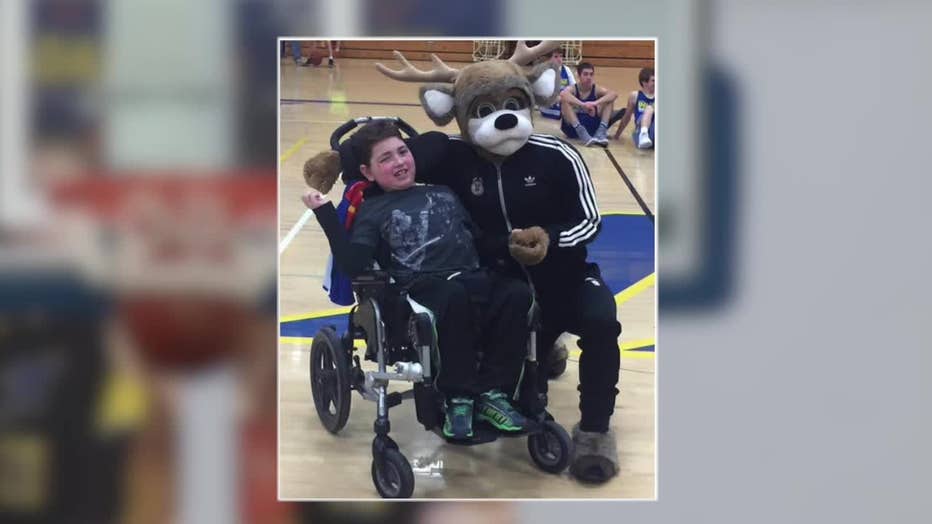 After Kaden passed in 2019, his family carried on that wish. Now, the Free Throw-A-Thon fundraiser honors him. The size of the contribution is bigger than the families involved could have imagined.

"We’d grant maybe one or two wishes every year. And tonight perhaps we’re going to grant about 23 or 24 wishes," Jerry Jendusa, who has been involved in Make-A-Wish fundraisers for more than a decade, said. "It’s great for the families of the Wish kids. It’s great for the community of Mukwonago."

It goes to show just how far the power of one wish can go. 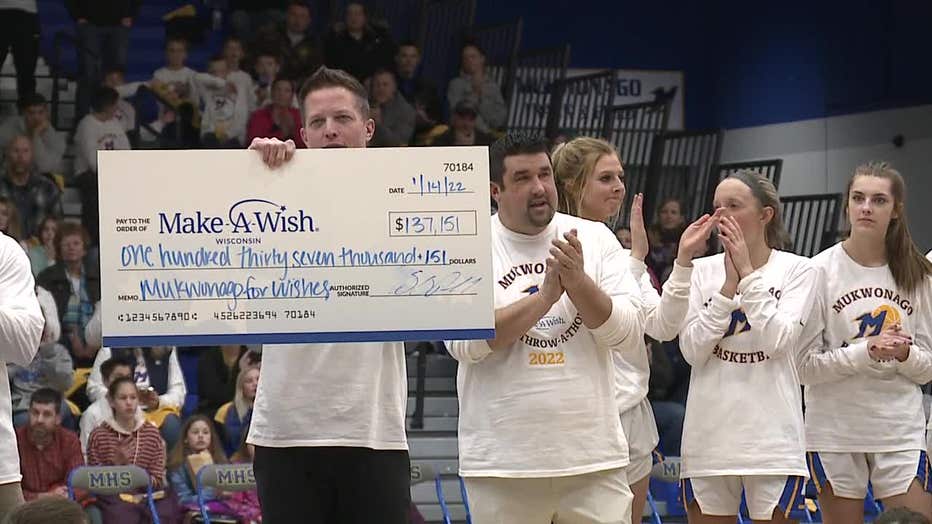 "We’d all know how excited he is because he’d be smiling from ear to ear, and I’m sure somewhere he is right now," said Stark.

The Stark family has helped raise enough money to grant more than 100 wishes – the original goal, which seemed out of reach. Now, they want to "reach higher" and are aiming for 1,000 wishes.

As of Friday night, the Free Throw-A-Thon became the largest kids-for-wish kids fundraiser in Wisconsin – and the country – raising more than $137,000.

There is no additional information if MHD has plans to hand out more masks in the future.

Seventh graders at North Middle School in Menomonee Falls were given 30 seconds to create a commercial about a local business.