Several people became United States citizens during a naturalization ceremony in Milwaukee. Milwaukee musicians might recognize one of those people who took the Oath of Allegiance.

MILWAUKEE - Several people became United States citizens during a naturalization ceremony in Milwaukee. Milwaukee musicians might recognize one of those people who took the Oath of Allegiance.

With their right hands raised, Thursday, June 3 was a big day for these new U.S. citizens.

"Took me five years, so this a great moment," said Christian Rodrigo. 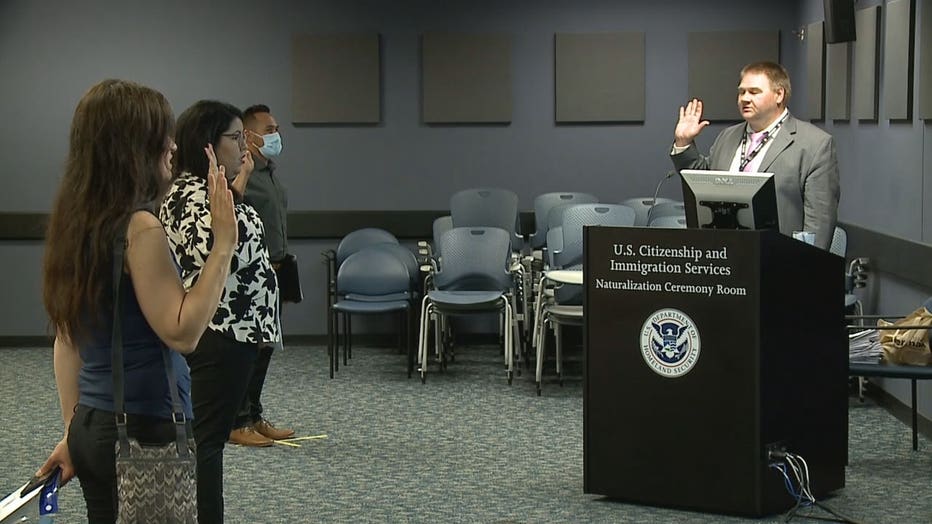 The Milwaukee U.S. Citizenship and Immigration Services Office hosted the naturalization ceremony, scaled down due to COVID-19 with smaller, distanced groups taking the oath to become citizens.

"I feel this is a momentous occasion, and I’m sad that due to the pandemic I can’t be here with my family and friends to celebrate it," said Katarina.

For Rodrigo, it didn't matter. After five years of paperwork and uncertainty, he said he's proud to be an official U.S. Citizen. 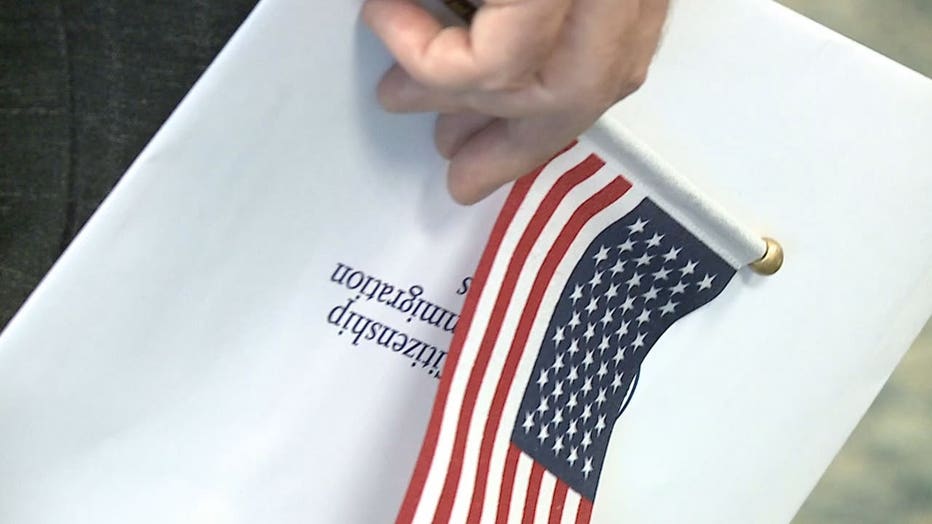 "I’m happy," he said. "It’s sensation of an achievement."

Anyone familiar with the Milwaukee Symphony Orchestra might recognize one of Milwaukee's newest U.S. citizens. 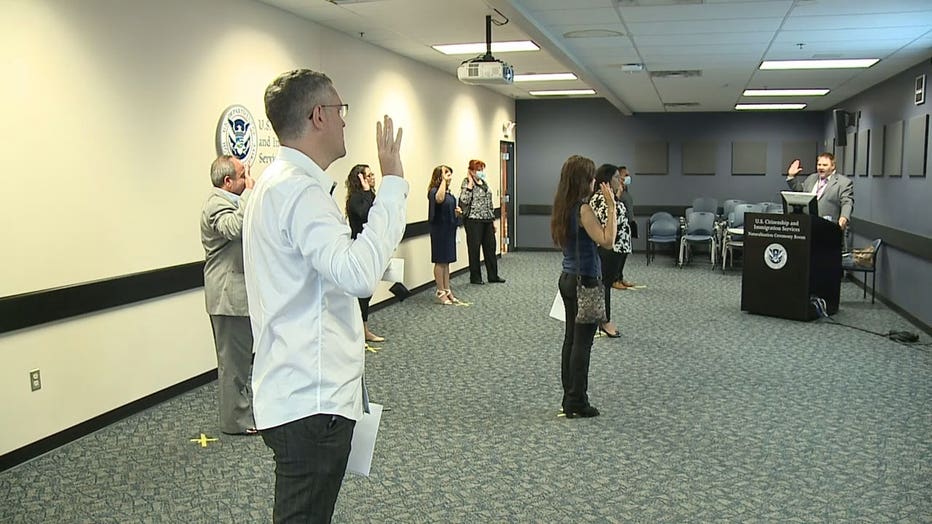 Dinur, along with many others, said they're excited for the opportunity to fully participate in all the rights that come with being a U.S. citizen.

"I’m excited about that, you know, to feel that my voice counts, that I can make a difference," said Dinur.