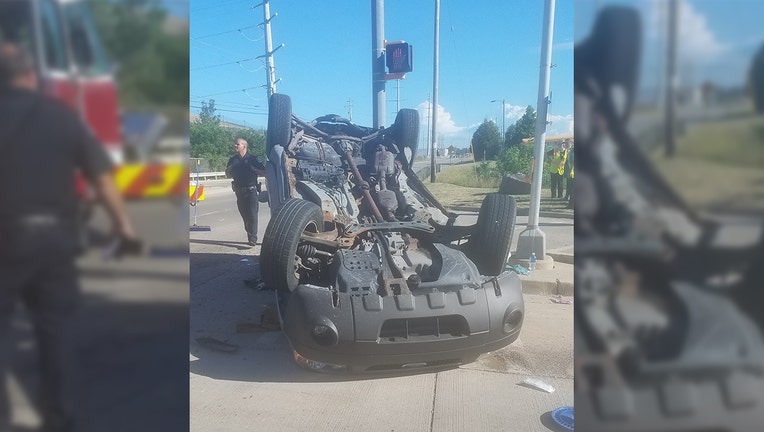 MOUNT PLEASANT, Wis. - One person was taken to the hospital with non-life-threatening injuries after a rollover crash in Mount Pleasant on Tuesday, June 8.

According to the Mount Pleasant Police Department, the two-vehicle crash happened near 16th and Oakes around 5:15 p.m.

A Ford Escape rolled over, and the driver was taken to the hospital. The driver of the other vehicle, a Chevrolet Impala, was not injured. Police did not report any passengers in either vehicle.

There are no suspicions of alcohol use and driver-related actions appear to be the cause, police said. However, police did not specify which driver's actions may have caused the crash.

A crash involving a semitruck and a dump truck shut down State Highway 33 in Horicon on Tuesday, June 8, the Dodge County Sheriff's Office said.