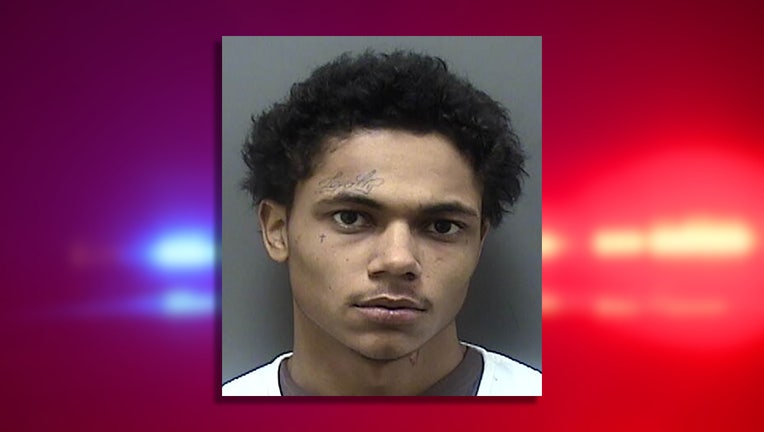 Prosecutors say Adrian Ager sexually assaulted a minor, led officers on a high-speed pursuit and burglarized a Racine residence as part of separate incidents in 2019 and 2020.

A neighbor told police that she saw a group of men leave a residence carrying white trash bags and a television on Aug. 19, 2019. A criminal complaint states that when officers drove past the house and officers began to pursue the men, the group fled.

Officers later found one of the men -- since identified as Ager -- hiding in brush a few blocks over from the location of the burglary.

The victims said they returned home to find missing electronics, clothing and food. The victims also found that a window was open, which they had not left open before they left that night.

Ager is charged with obstructing an officer and burglary of a building or dwelling as a party to a crime in the incident.

A criminal complaint states that on Aug. 30, 2020, a Mount Pleasant police officer tried to conduct a traffic stop near Ridgeway Avenue and WIS-31. The driver had made an improper turn and was speeding.

The vehicle took off, reaching speeds upwards of 100 mph -- leading officers on a pursuit. The driver drove through grass and eventually drove over a median and crashed into a ditch along WIS-38. A man got out of the driver's side door and took off on foot.

Officers found two other people in the vehicle. One told police that Ager was the driver, who had taken off. One person said they told Ager, who did not have a driver's license, to stop when they saw the police lights.

Ager is charged with one count of vehicle operator flee/elude officer resulting in bodily harm and two counts of reckless driving causing injury.

Racine sexual assault of a minor

In December 2020, a 15-year-old girl told police that Ager began touching her before a party and the two later engaged in sexual intercourse. The victim told police that she did not want to engage in the act, but was too scared to say anything.

The victim told police that Ager "does this to young girls" and that she felt "traumatized."

When interviewed by police, Ager said he had been incarcerated and did not know anything about the alleged assault and denied such conduct.

While in the Racine County Jail, Ager was found to be in possession of a vape pen. The complaint states that Ager caused a disturbance in the jail's intake area when he was escorted to the shower.

Ager is charged with second-degree sexual assault of a child under 16 years of age, possession of an illegal article by an inmate and disorderly conduct in the case.

Court documents show Ager was previously convicted of criminal trespassing and evading arrest in 2019 and possession of a controlled substance in 2018 -- both in Texas. He was in custody in Texas from Jan. 3, 2020 through June 15, 2020.

A preliminary hearing in all three cases has been scheduled for Dec. 17.

Law enforcement began life-saving measures, but the driver succumbed to injuries at the scene.

The vehicle is believed to be stolen from Waukesha County, police said, and the suspects may have had stolen packages and money.