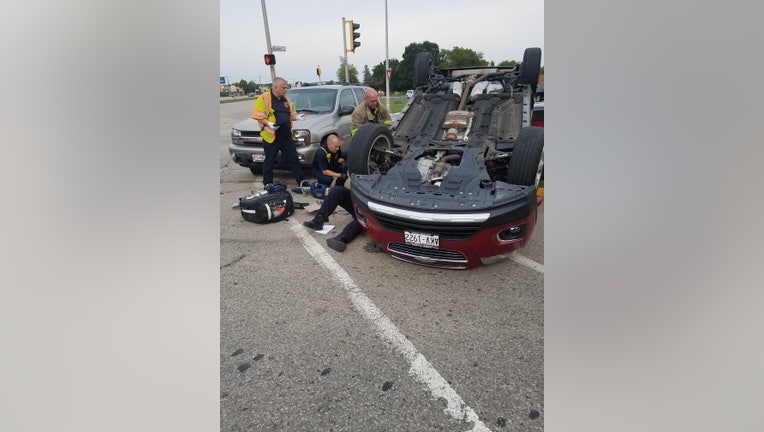 MOUNT PLEASANT, Wis. - One driver was hurt and another cited after a two-vehicle crash in Mount Pleasant Friday, July 16 shortly before 5 p.m.

It happened in the area of State Highway 20/Washington Avenue and Oakes Road.

According to police, the driver of a Pontiac Vibe failed to stop at a red light and struck a Chevy Trax in the intersection.

The driver of the vehicle that was struck, the Chevy Trax, was taken to the hospital after being extricated. That person's injuries were not life-threatening, according to police.

The driver of the Pontiac was cited "for the appropriate violations."

The eastbound lanes of State Highway 20 were shut down temporarily during the investigation and clean-up.

Shots fired report on I-94 at Hawley, sheriff's office investigates

Eastbound I-94 is closed at N. Hawley Road as the Milwaukee County Sheriff's Office (MCSO) investigates a report of shots fired on the freeway.