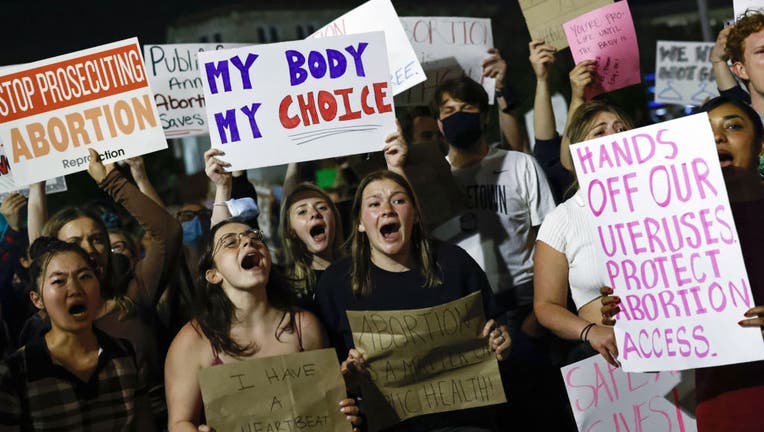 Demonstrators outside the U.S. Supreme Court in Washington, D.C., U.S., early on Tuesday, May 3, 2022. Photographer: Ting Shen/Bloomberg via Getty Images

MADISON, Wis. - Nearly all abortions could become illegal in Wisconsin if a leaked majority opinion draft by the U.S. Supreme Court holds up.

According to a Politico report, the draft opinion suggests the U.S. Supreme Court could be poised to overturn the landmark 1973 Roe v. Wade case that legalized abortion nationwide.

Wisconsin’s 19th-century abortion ban, made unenforceable by Roe, would not take hold until the majority opinion is published. The court is expected to rule on the case before its term ends in late June or early July.

The draft opinion was made in a case challenging Mississippi’s ban on abortion after 15 weeks, a case known as Dobbs v. Jackson Women’s Health Organization.

If the draft opinion becomes reality, abortion in Wisconsin would constitute a crime punishable by up to six years in prison, a fine of up to $10,000, or both. There is an exception for when a mother’s life is in danger, but not for rape or incest. That law was passed in 1849.

"The consequences of overturning Roe v. Wade cannot be overstated," Democratic Gov. Tony Evers tweeted Monday evening. "This could have disastrous consequences for Wisconsinites — including Wisconsin women and their families — more than 70% of whom do not support overturning the Roe decision."