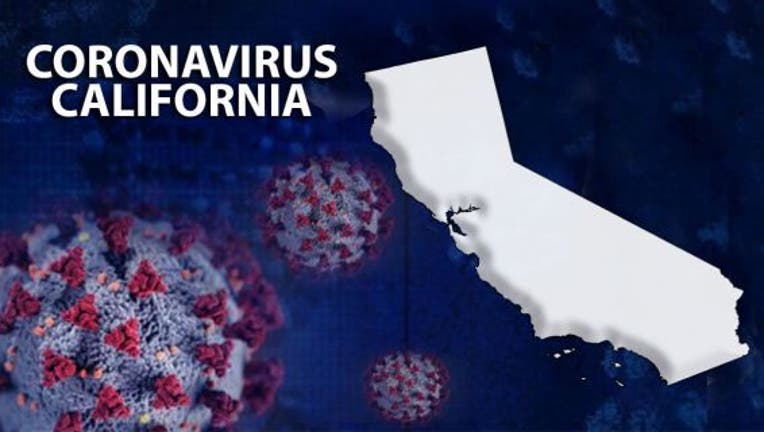 LOS ANGELES - California’s coronavirus surge has caused so many hospitalizations and deaths that the numbers brought usually stoic public health officers in major metropolitan areas to pleas — and even near to tears — as they urged people to heed safety rules.

Los Angeles County, the nation’s largest with 10 million residents, had a “devastating increase in deaths” from about a dozen a day in mid-November to an average of 43 a day this week, the county’s health director, Barbara Ferrer, said Wednesday.

"Over 8,000 people who were beloved members of their families are not coming back," Ferrer said in a choked voice. She called the deaths “an incalculable loss to their friends and their family and the community.”

RELATED: LA County officials say 1 in 140 residents are infected with COVID-19, most without symptoms

The county reported 3,299 people hospitalized with the virus as of Wednesday, and 23% of them were in intensive care. New COVID-19 admissions were approaching 500 a day and health officials estimated that could jump to 700 a day by next week.

The county is part of the enormous Southern California region which, along with the San Joaquin Valley, contain more than 60% of the state’s 40 million residents. Last week, the two regions were ordered to follow the strictest anti-COVID-19 rules under a new state stay-at-home order that aims to keep hospitals from being overwhelmed by restricting infectious contacts.

In Santa Clara County in the San Francisco Bay Area, about 50 ICU beds were available for a population of about 2 million.

Thirteen other counties in Northern California will be placed under the restrictions as of 11:59 p.m. Thursday, which include closing outdoor restaurant dining along with hair and nail salons and reducing retail store customer capacity. More than 85% of the ICU beds in their Greater Sacramento region are full, the state Department of Public Health announced Wednesday. The restrictions will last at least until Jan. 1.

Public health officials blame the surge on people ignoring safety rules to wear masks and social distance except for people in their own households. They have voiced fears that COVID-19 infection rates and hospitalizations will continue to soar as people ignore stay-at-home orders to gather for the holidays.

The restrictions — the toughest since a spring lockdown — have met with defiance from some business owners who say it will ruin them after nearly a year of seeing their clientele avoid public places because of COVID-19 fears and on-again, off-again restrictions.

Several small counties even floated the idea of breaking away from the five huge regions in which they were placed. Officials in Ventura, Santa Barbara and San Luis Obispo counties northwest of Los Angeles sent a letter Tuesday to Gov. Gavin Newsom seeking permission to break off and form a new Central Coast Region if their ICU bed capacity remains above 15%.

They argued that less populated counties shouldn’t be lumped together with massive metropolitan areas.

Placer County is in the Greater Sacramento region, encompassing the state capital and the Lake Tahoe ski area. But while their region heads for lockdown, the county itself has an ICU capacity of around 20%.

"Businesses are not a significant contributor to the spread of COVID-19 in Placer County," Board of Supervisors Chair Bonnie Gore argued in a statement. "Businesses and restaurants have been innovative and proactive yet here we stand again with another lockdown. ... The livelihoods of our friends and neighbors are not bartering chips to coerce people into compliance."

The state apparently did heed pushback over one part of the state order that closed outdoor playgrounds. Critics argued that would harm children who have been cooped up and noted that there is little evidence of the virus spreading on playground structures.

The state on Wednesday said playgrounds can stay open to “facilitate physically distanced personal health and wellness through outdoor exercise.”

Cities also were dealing with overflowing ICUs. Dr. Grant Colfax, San Francisco’s top health official, urged people to immediately follow health guidelines by staying home when possible or face the possibility of as many as 1,500 deaths by the spring.

"To be blunt we have one chance to turn this serious surge around and this chance is now," Colfax pleaded Wednesday. "The window is narrowing and closing fast."

Several counties in the San Francisco Bay Area chose to implement their own voluntary orders independent of the state. Monterey County joined that group Wednesday, implementing its own lockdown through Jan. 11, the latest end date for any current order.