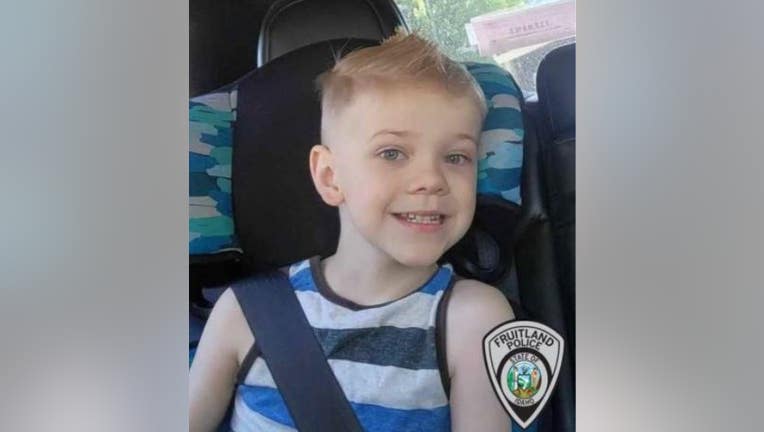 FRUITLAND, Idaho - The desperate search for a 5-year-old boy who went missing from a small Idaho community over two months ago continues this week after investigators say corn fields were harvested and cleared with no trace of the child.

Investigators remain "committed to scrutinizing every detail" in the search for Michael Joseph Vaughan, who went missing near his home in Fruitland – a small community of 5,400 residents – on the evening of July 27, Fruitland Police said in an update on Friday.

In addition to the harvested fields, including corn fields that police said many community members were concerned about, investigators will search the irrigation drainages within the next two weeks as it gets closer to the date when the irrigation water will be shut down for the season.

Police emphasized that analyzing every facet in "this detailed phase" of the investigation "is going to take time," saying that a total of 446 tips have poured in since the child first vanished. Tips are continuing to be assigned to investigators for follow-up.

In the more than two months since Vaughan went missing, investigators still do not know what happened to him. The long, exhaustive search has involved more than a dozen law enforcement agencies, K-9 units, dive teams, paragliders, and drones.

Vaughan’s family continued to cooperate and work with investigators in the search for the missing boy, police said.

A $26,000 reward for the child’s safe return was placed in an account with the city of Fruitland and will remain active through Nov. 15.

Vaughan, who answers to the nickname "Monkey," was last seen wearing a light blue Minecraft shirt and black boxer briefs as well as size 11 flip-flop sandals.

Local authorities are looking for two inmates who left the minimum-security Felmers Chaney Correctional Center on 30th and Hadley in Milwaukee shortly before 12:30 a.m. Sunday.