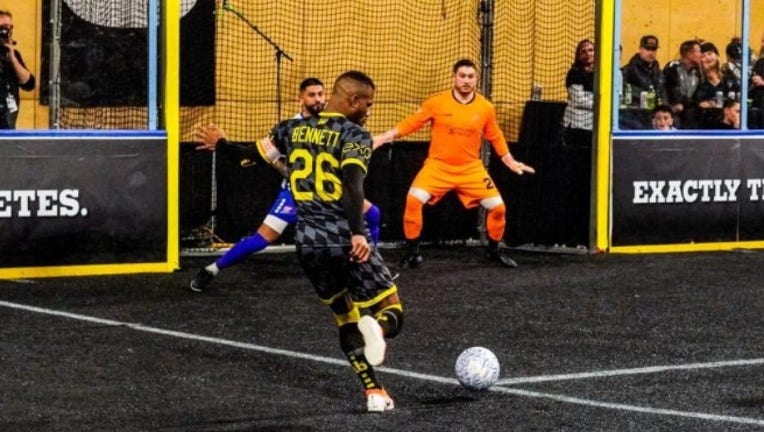 MILWAUKEE - The Wave got exactly what they needed tonight, and it was a well-rounded performance at home against the Kansas City Comets, the top team in the MASL Central division. Final Score: Milwaukee Wave 8, Kansas City Comets 4.

"Tonight's game was a turning point for our season," said Head Coach Giuliano Oliviero. "You can see the improvement, not only the individuals but the team as a whole. We had that refuse to lose attitude tonight and that's the momentum we wanna carry into Sunday afternoon's game."

It was a tight contest in the beginning as Milwaukee and Kansas City traded goals throughout the
first half in a contest that was very physical as the two division rivals faced off for the third time this season. It was a few impressive goals from MASL’s leading goal scorer Ian Bennett as he scored key goals to keep the Wave level with the Comets in the first half.

The second half was really where the Wave began to impress as they held the Comets to only one goal and added five of their own. It was a collaborative defensive effort from the Wave, and they were able to use a counterattack to grow their advantage further and further on the back of two second-half goals from Gordy Gurson.

"We can feel good about this win and celebrate a little but tomorrow's game is another must win for us," added Oliviero. "We're confident going into Kansas City and are ready for another tough battle."

Milwaukee kept themselves in one of the wildcard spots after their second consecutive victory and they do not have any time to rest as they will be back in action Sunday against the same Comets team in Kansas City at 4 p.m. (CT) from Cable Dahmer Arena in Independence, Missouri.