Two Milwaukee tow truck drivers were southbound on 43 Sunday night near Howard Avenue when they saw a car on fire.

MILWAUKEE - Two Milwaukee tow truck drivers are hailed as heroes after they helped pull a man from a burning vehicle and performed CPR Sunday night, Jan. 24.

The men work for different tow companies. They happened to be driving southbound on I-43 near Howard when they spotted a car on fire. The sheriff's office said their actions saved a man's life. 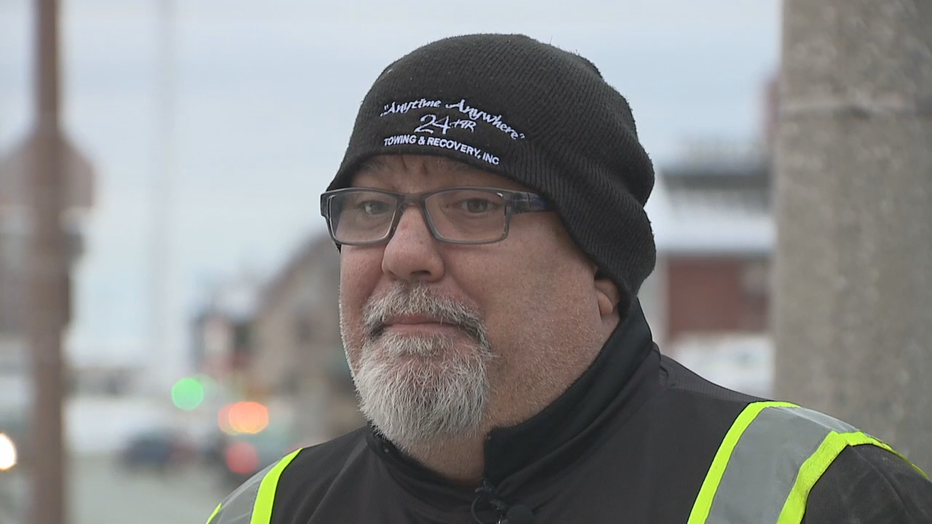 Frank Nee's job is often unpredictable, but as he headed home from a shift Sunday night, he never expected to be in the middle of an emergency.

The tow truck driver spotted a car on fire on the shoulder of the interstate. He also saw another tow driver from a different company performing CPR on a passenger inside. 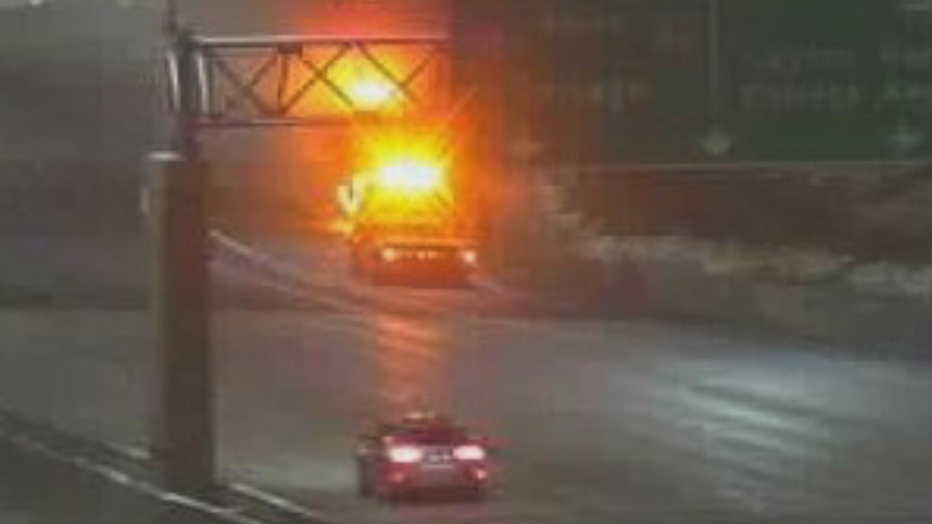 He hopped out of his tow truck and assisted with CPR and chest compressions.

"As we were doing that, the fire in the car was getting bad," said Nee.

The men pulled the passenger from the burning car and called for help. 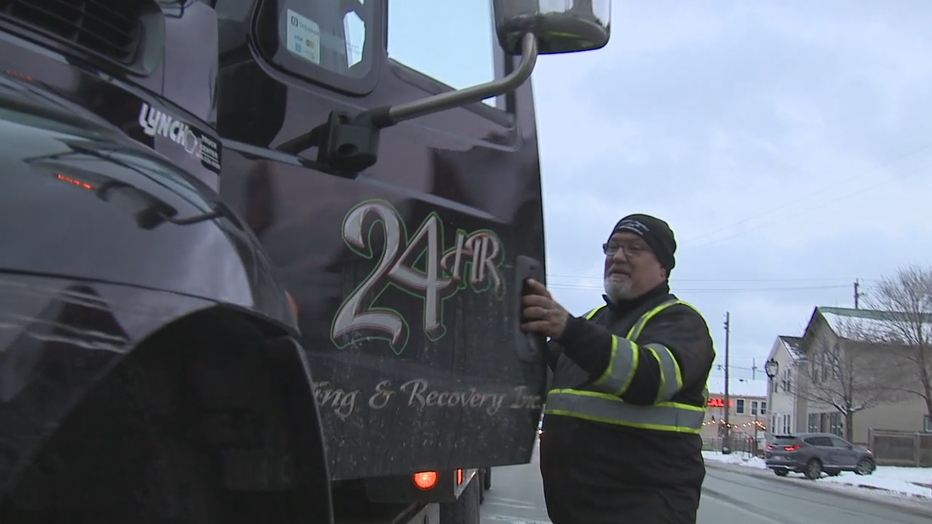 "I just think you’re so in tuned to what’s going on that you really don’t think about what’s happening," said Nee.

They continued with CPR as they waited for first responders, who eventually arrived and administered Narcan. Things looked bleak at the time, but Nee said he found out Monday the man survived.

"I did it because it was the right thing to do," said Nee.

Nee said he is no hero, but happy to have helped. 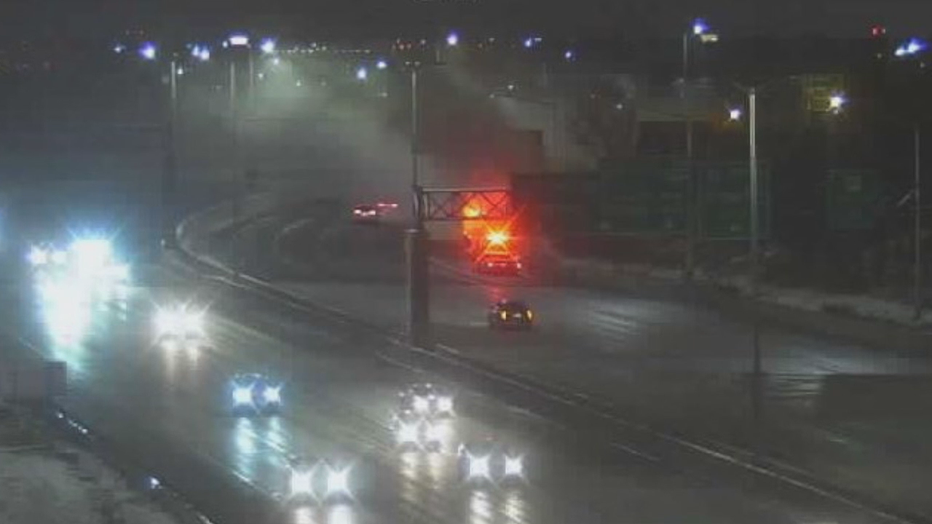 The victim was taken to the hospital and is expected to recover.

Nee said he credits CPR training he got a few years ago for helping to save that man's life; it's something he says everyone should learn.