A Milwaukee Hop streetcar is getting a new design to celebrate the Milwaukee Bears, a former team in the Negro Leagues.

MILWAUKEE - Those forbidden from playing professional baseball with whites formed the Negro Leagues 101 years ago.

Milwaukee had a team – the Bears. Now, the city working to share and celebrate that team's legacy.

"These legendary men never cried about social injustice – they went out and did something about it," said Bob Kendrick, president of the Negro Leagues Baseball Museum.

Outside Milwaukee's Hop maintenance building, one of the city's streetcars got a makeover Tuesday, May 25.

"I'm thrilled that the streetcar can literally be a vehicle for educating your community about the history of the Negro League, and serve as a constant reminder that our work in building a more equitable and accessible community for all is far from complete," said Milwaukee Mayor Tom Barrett. 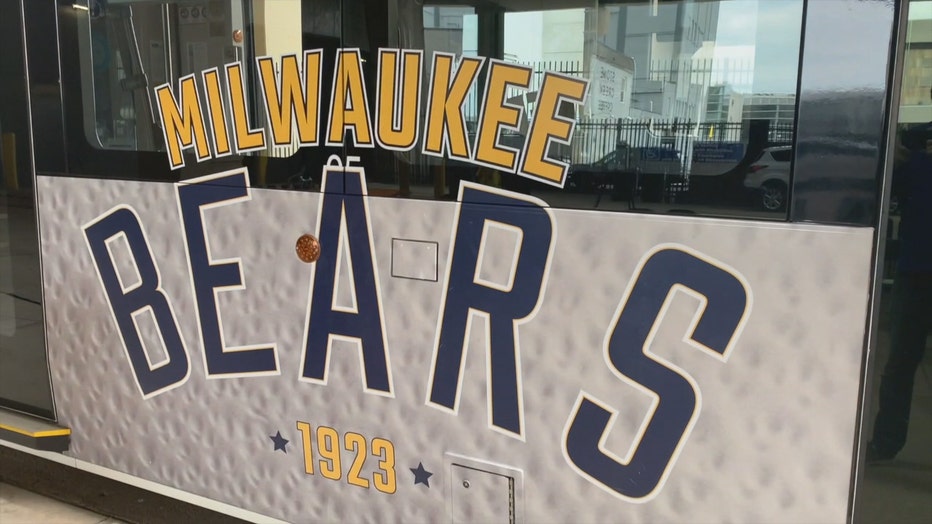 The Hop streetcar honors the Milwaukee Bears of the Negro Leagues

The streetcar is sporting a new design to share and honor the Milwaukee Bears' legacy.

"The Negro Leagues opened the doors to major league-caliber players who were denied the opportunity to play in the major leagues simply because of the color of their skin," said Brewers President of Business Operations Rick Schlesinger. 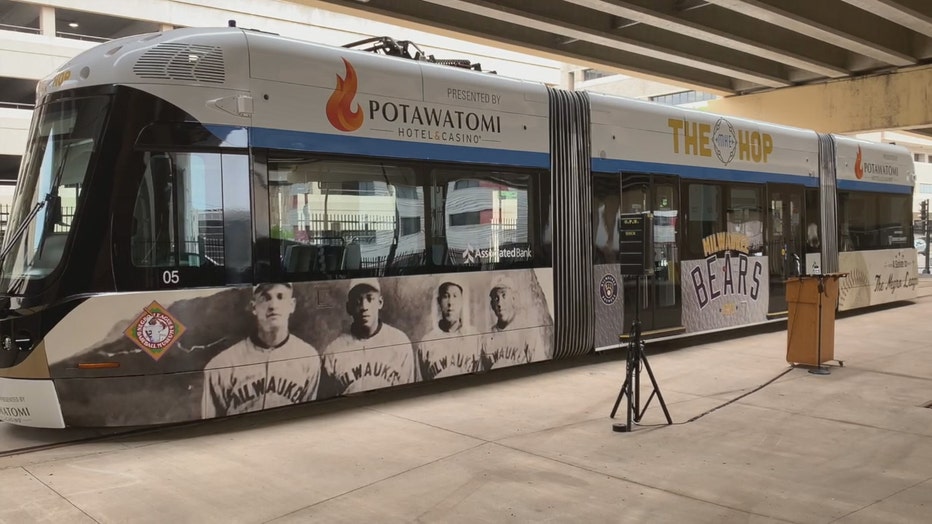 The Hop streetcar honors the Milwaukee Bears of the Negro Leagues

Former Negro Leagues players who were in attendance said the streetcar's design brings a smile to their faces.

"The bus itself celebrates a part of history that was so important to baseball," said former Negro Leaguer Dennis Biddle.

"When I started playing for the Negro League I didn’t really know who I was playing for – I just wanted to play baseball," former player James Beckum said.

In addition to launching the streetcar, Barrett proclaimed Tuesday, May 25 as "Negro League Legacy Day."

Milwaukee's Juneteenth celebration is a go for 2021 – and organizers expect this year's event to be the city's biggest since the pandemic.