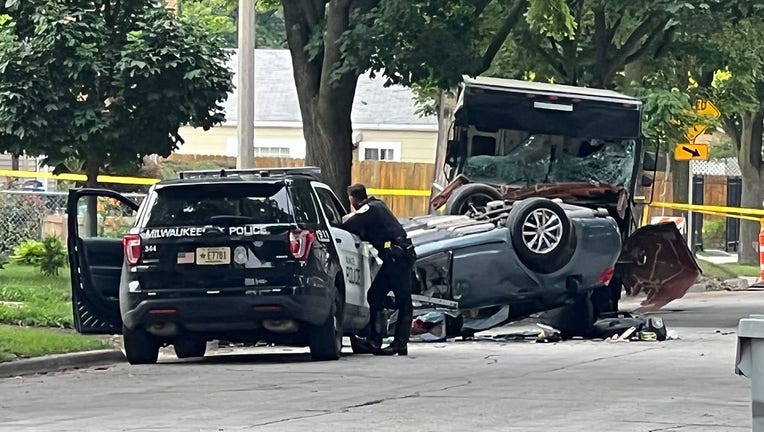 Rollover crash near 19th and Stark in Milwaukee

MILWAUKEE - Three people were taken to the hospital after a rollover crash on Milwaukee's north side Saturday, July 16. The crash ended a police chase that started nearly two miles away.

According to the fire department, one of the people had to be removed from the rolled-over car. It happened near 19th and Hampton around 5 p.m.

Police saw a car driving recklessly and tried to conduct a traffic stop near 40th and Villard, but the driver sped off. Officers gave chase until the car crashed into an occupied delivery truck near 19th and Hampton and rolled over.

Suspected illegal drugs and firearms were recovered from the fleeing vehicle, police said. Criminal charges will be referred to the Milwaukee County District Attorney’s Office in the coming days.