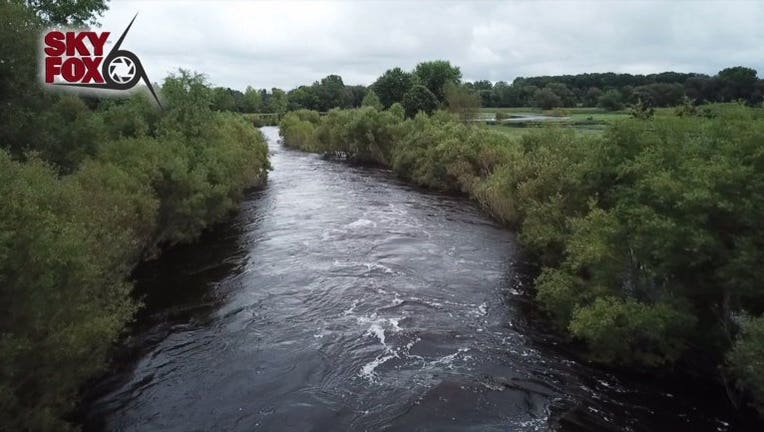 MILWAUKEE - The Wisconsin Department of Natural Resources (DNR) announced Tuesday, Oct. 5 that it would conduct targeted invasive carp sampling in the Milwaukee River with assistance from U.S. Fish and Wildlife Service (USFWS) during the week of Oct. 4, 2021, after detecting invasive carp environmental DNA (eDNA).

In June 2021, routine eDNA sampling by the USFWS detected bighead carp eDNA at one of the 100 sample locations in the Milwaukee River. In response to this detection, an additional 150 eDNA samples were collected and analyzed in September 2021. One of these samples returned positive for invasive carp DNA, indicating the presence of either bighead or silver carp eDNA.

The targeted sampling efforts in the Milwaukee River include electroshocking and netting at locations near the positive eDNA detections and in suitable habitats for invasive carp species, such as bighead or silver carp.

The eDNA sampling cannot specify if the detected DNA was from a live fish or from another source, such as bird feces, water transported in the live well of a recreational boat recently in invasive carp infested waters, or from melted ice used to store invasive carp at fish markets that flowed into storm sewers, according to the DNR. However, repeated detections of eDNA over time increases the concern that the genetic material may have come from fish living in the area where the sample was collected.

No live or dead bighead or silver carp have been observed or reported in the Milwaukee River by the DNR or USFWS.

Prevention remains the most effective tool to protect the Great Lakes from invasive carp. The DNR asks anglers who encounter any bighead or silver carp while fishing in Wisconsin to keep the fish by putting it on ice and to call the local DNR. Anglers should also check that any baitfish they purchase or catch are not invasive carp.

According to the Wisconsin State Patrol, a boat was recently left on State Highway 33 in Washington County.

Four years ago Monday, Oct. 4, Foxconn picked Mount Pleasant to house its estimated $10 billion project but plans never materialized to build flat LCD screens. Some residents say it's been four years of broken promises, but the company is defending itself and its future in Racine County.

There is still time to enjoy the great outdoors. Meijer Store Director Jarrett Boyer joined the WakeUp team with a look at the hottest fall camping gear.