Summer temperatures in November? Unheard of unless you went outside Thursday, Nov.10.

MILWAUKEE - Warning: This will be a very nerdy and statistically driven story.

High temperatures in June reaching the upper 70s is no big deal for Milwaukee, but considering it's November it deserves a deeper dive into its significance.

November 2022 will go down in the books not just for all the 70-degree days we've had, but also now for tying the all-time November record high nearly two weeks into the month when average highs historically are decreasing. But interestingly, it wasn't long ago – back in 2020 – when Milwaukee set five record highs during the month of November. 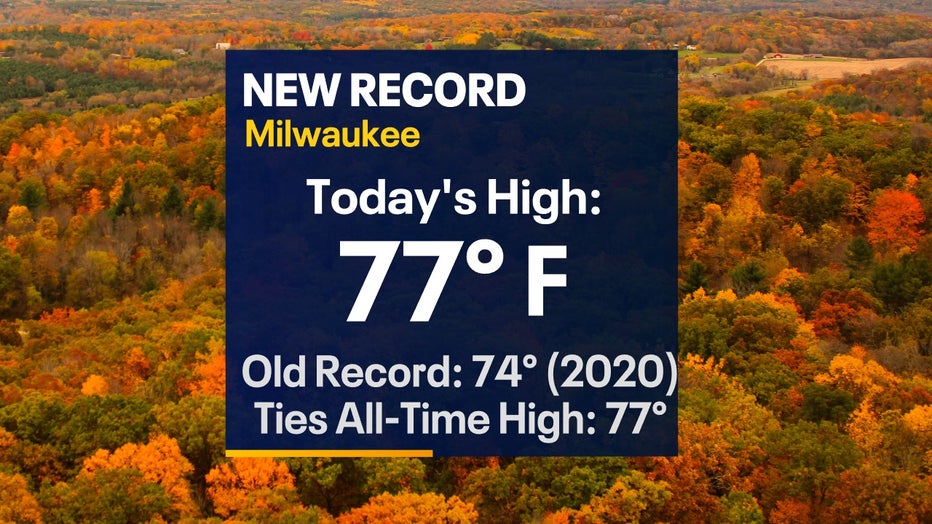 What continues to make this 77-degree day so unlikely is it happened a full eight days after the old record. We've never hit 80 degrees in November, and here is where it gets more complicated – but even wilder.

This might give you nightmares from stats classes in high school and college, but if we put Nov. 10 temperatures in a bell curve you get the picture below.

Now if we go a step further and go two standard deviations, we can assume 95% of days on this date would fall between 29.5 and 71.9 degrees. Since we hit 77 degrees on Thursday, that means we were 2.48 standard deviations away from the mean. That's less than a 2.1% chance of occurring given our temperature range over the last 30 years. The old Nov. 10 record of 74 degrees was also in that more-than-two standard deviation range. 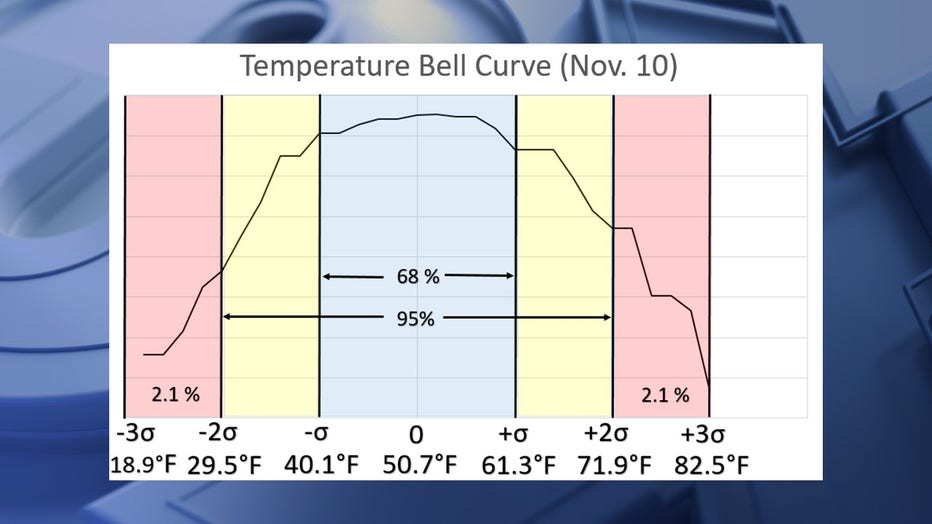 Bell curve distribution for the last 30 years for Milwaukee on Nov. 11. One standard deviation is equal to 10.6 degrees since 1992.

If we were to hit 82.5 degrees for a high temperature or greater on the date of Nov. 10, that would be a 0.1% chance and would be three standard deviations from the mean. Worse odds than a high school football player ever making the NFL.

If we want to have some fun and look at the all-time record minimum high temperature for Nov. 10, it was 28 degrees back in 1926 – but that's only 2.14 standard deviations away from the mean. This tells us that our record highs for this date are much more extreme than our record lows.

Not exactly earth-shattering data, but it's still interesting to see over a long period of time.