The Milwaukee police union filed a lawsuit against the City of Milwaukee demanding the city investigate and replace its Sig Sauer P320 9mm service weapons because of safety concerns.

MILWAUKEE - The Milwaukee police union filed a lawsuit Monday, Sept. 19 against the City of Milwaukee demanding the city investigate and replace its Sig Sauer service weapons because of safety concerns.

All sworn Milwaukee police officers are required to carry the Sig Sauer P320 9mm gun. The union says the guns are discharging on their own. In fact, officers have been hurt because of it.

It happened again on Sept. 10. An investigation that day started with a hit-and-run. Police said one of their holstered guns fired off a round, hitting another officer in the leg.

The Milwaukee Police Association notified the city it planned to sue to remove the gun in 2021 after an officer was hurt in July 2020. Police said a holstered gun went off after a brief struggle.

The police chief at the time told FOX6 he didn't know why.

"There's a number of different variables that we have to look at in that incident," said Alfonso Morales, former Milwaukee police chief. 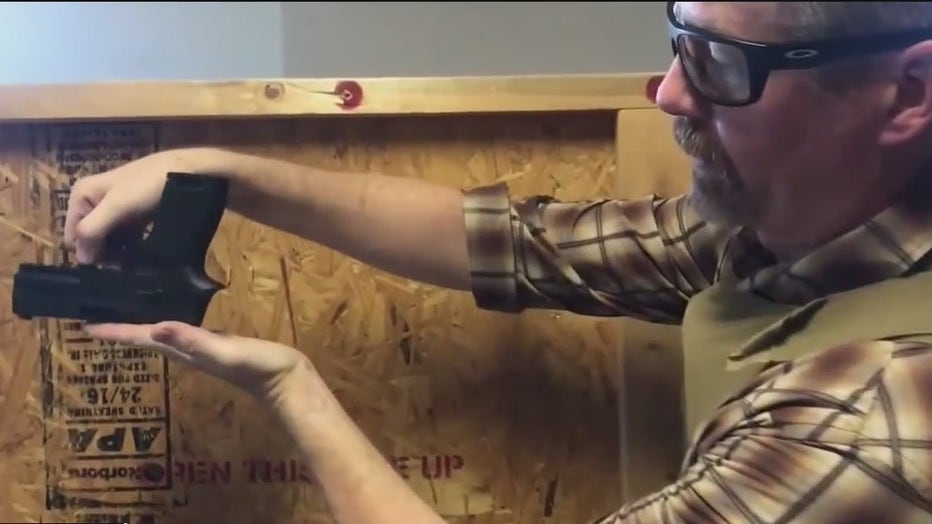 The police association president said after the union raised concerns last year, nothing happened. The lawsuit is moving forward after the Sept. 10 shooting.

"There is a big issue right now with the safety and them feeling safe with the tools that they have," said Andrew Wagner, MPA president.

Wagner said the department-issued guns need to be replaced.

"We do really feel it’s the duty of the city to provide our officers with safe weapons," said Wagner. "All we want is to make sure that the community is safe and that our members are safe."

Wagner said Sept. 10 was the third MPD incident where the guns fired on their own.

The MPA says it could be expensive to replace the weapons, but manufacturers have gun buyback programs that could reduce costs.

"Last year in June of 2021, the Milwaukee Police Association Filed a Notice of Claim against the City of Milwaukee demanding that they investigate and replace our current firearms for known safety concerns. After another incident with our department issued firearms that injured one of our officers, just last week, and having heard no plan or discussion to rectify the issue, yesterday the Milwaukee Police Association filed suit against the city in Milwaukee Circuit Court. It is unacceptable that we now have hundreds of cases around the county with known unintentional discharges and the city is failing to act. We file this lawsuit not just for the safety of our members and their families, but for all Milwaukee residents, who we believe could fall victim to another unintentional discharge is these guns are not replaced."

There are at least 19 open lawsuits filed against Sig Sauer just in federal court across the country and us territories. All but three claim injuries from being shot by a P320. Ten of those suits involved active or retired law enforcement officers; two from the same police department in Massachusetts and two federal agents. 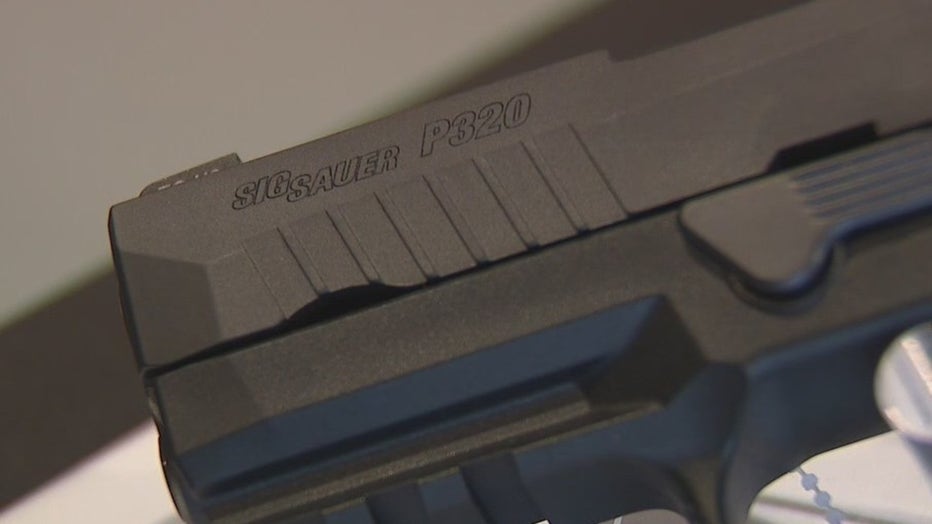 Sig Sauer said they fixed the problem in 2017 with a voluntary upgrade. The lawsuits claim Sig Sauer knew that their product was defective and the upgrade didn't fix the problem.

At least 15 of the lawsuits claim deceptive marketing.

"We generally do not comment in situations where litigation is likely or underway.

The Mayor has previously said that he is highly concerned about the safety of Milwaukee Police officers, and he has had discussions with senior level people in the department on this issue."

"The safety of our members is one of the Milwaukee Police Department’s (MPD) highest priorities. MPD continues to consult with our legal team to explore all options."