A police chase initiated by Cudahy officers topped 100 miles per hour, and eventually ended with a crash on Lincoln Memorial Drive near Veterans Park.

MILWAUKEE - A police chase initiated by Cudahy officers topped 100 miles per hour and eventually ended with a crash on Lincoln Memorial Drive near Veterans Park. Three people in that vehicle were taken into custody.

Cudahy police say it was shortly after noon on Monday, Dec. 5 that they received a 911 call from someone who said guns were pointed at him from a vehicle with three people inside near S. Whitnall Avenue and E. Grange Avenue in Cudahy. The caller provided a detailed description of the vehicle, and within minutes, Cudahy officers located the vehicle and tried to stop it. 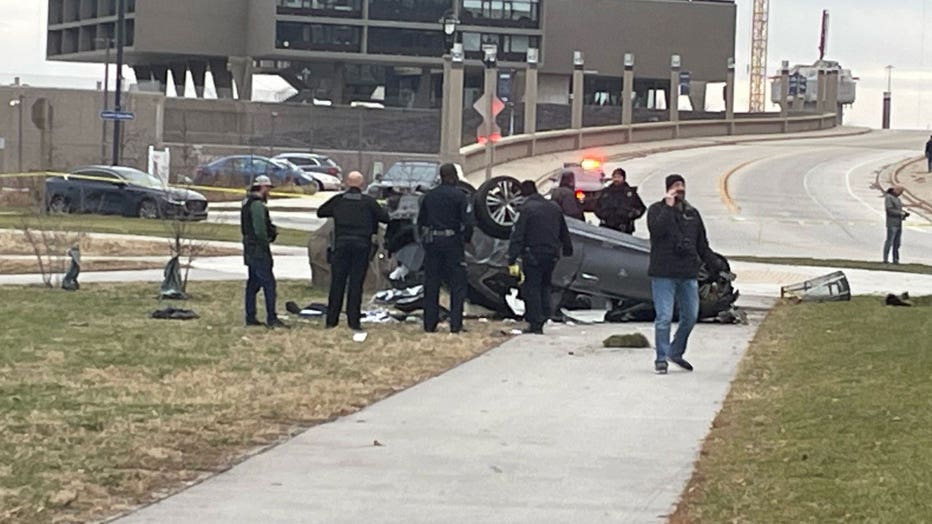 The driver refused to stop, and a chase began. The vehicle was pursued on northbound 794 from E. Edgerton Avenue. Officials say speeds topped 100 mph. Due to safety concerns, officers terminated the pursuit at E. Howard Avenue in St. Francis.

Several minutes later, Cudahy police were notified by the Milwaukee County Sheriff's Office (MCSO) that a vehicle was involved in a rollover crash near Veterans park. 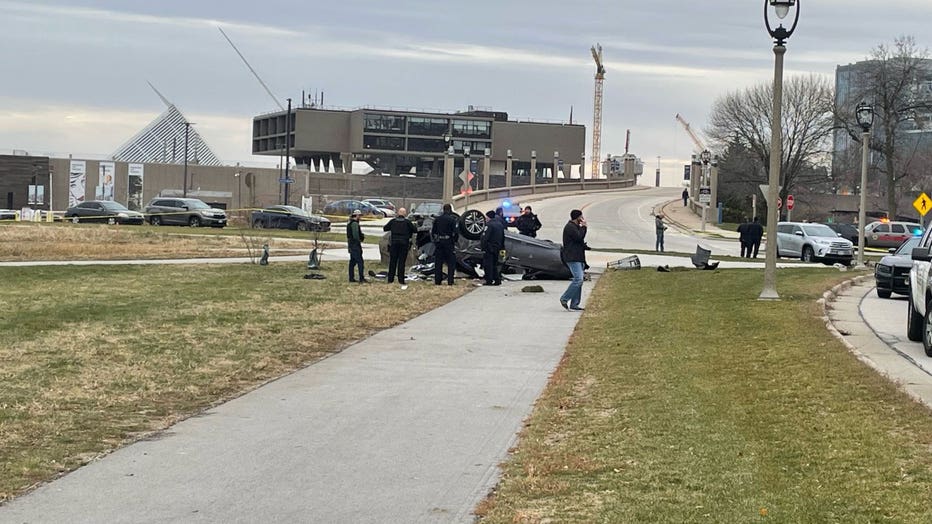 Officials said two firearms were located within the crashed vehicle which was reported stolen out of Illinois.

Cudahy police asked if anyone has more information on this incident, they are urged to call 414-769-2260.