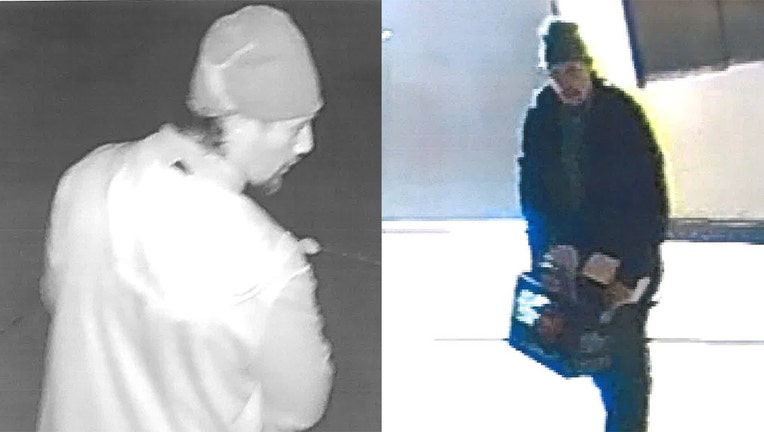 Suspect in burglary near Oklahoma and Clement in Milwaukee

MILWAUKEE - The Milwaukee Police Department has asked for the public's help identifying and locating a suspect, wanted for an April 19 burglary in the city's Bay View neighborhood.

Police said the suspect broke into a closed business and took property around midnight, April 19 near Oklahoma and Clement.

The suspect is described as a Caucasian male, last seen wearing a knit beanie hat, dark jacket and dark pants.

Anyone with information is asked to contact the Milwaukee Police Department at 414-935-7360 or Crime Stoppers at 414-224-TIPS or by using the P3 tips app.

Fire damages building near 31st and Michigan in Milwaukee

Firefighters on Tuesday, April 27 responded to the scene of a house fire near 31st and Wisconsin in Milwaukee.

MPD: Man shot, wounded near Hampton and Appleton in Milwaukee

Milwaukee police are investigating a shooting that happened Tuesday, April 27 near Hampton and Appleton.